Earlier this month, Disney+ had announced a new co-watching feature called ‘GroupWatch’ that allows users to sync movies and shows from the entire Disney+ library with their family or friends simultaneously from different locations.

After testing this feature in Canada, Australia, and New Zealand, the streaming service on Tuesday has started rolling out the GroupWatch feature to users in the U.S.

Also Read- Best Ways to Watch Videos Together with Friends

The GroupWatch feature allows up to seven people (which includes a host and up to six other co-watchers) to watch together in a synced playback experience available across the Disney+ website, on the Android and iPhone apps, Smart TVs and connected devices, and share reactions in real-time.

“Storytelling comes alive when you’re able to share and enjoy it with others, and in this moment when many are still apart from their friends and family, GroupWatch offers a way to safely connect virtually by co-viewing your favorite Disney+ stories with your favorite people from the comfort of your living room,” said Jerrell B Jimerson, SVP Product Management for Disney+ in a press release.

The new group feature icon will appear next to the “Watch List” icon and this will generate a link, which users will need to copy and send to friends and family for them to join. They can invite up to six other people to watch with them (Disney+ subscription required). If the recipient doesn’t have a Disney+ subscription, they will be prompted to sign up.

While invitations must originate from mobile or web, but you can then watch from your connected TV device or Smart TV. 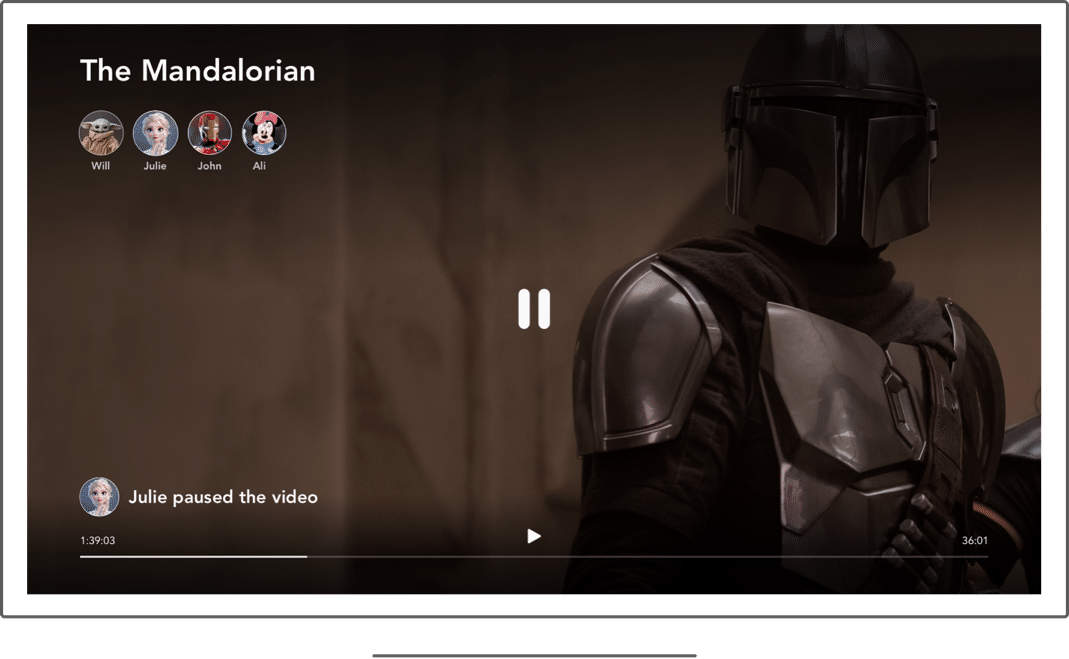 GroupWatch’s synchronized playback seamlessly allows each participant the ability to pause for a bathroom break, play, rewind to watch a favorite scene again, or fast forward, for the whole group, keeping everyone connected.

While watching, viewers can react in real time with six different emojis: “like”, “funny”, “sad”, “angry”, “scared” and “surprised” through the Disney+ app.

However, there are some limitations such as if a show or movie isn’t available in the user’s region, they wouldn’t be allowed to join in. Further, children’s profiles will not be able to initiate GroupWatch and can also be protected with a pin code.

To get the new co-viewing feature, Disney+ users will be required to update their app on their selected device.

The GroupWatch feature is expected to expand to Europe later this fall.