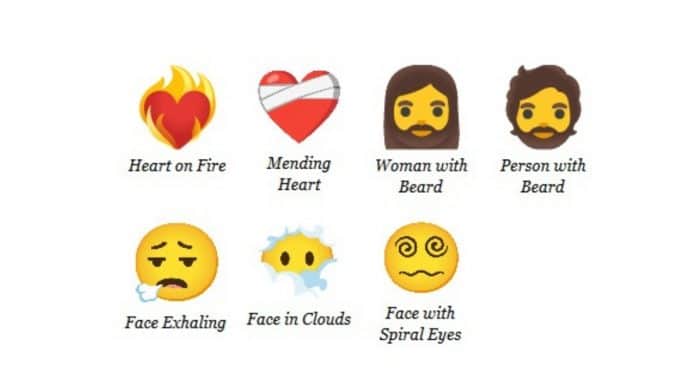 Unicode Consortium, a non-profit organization that supervises emoji standards and releases standardized sets of emoji for Android and iPhone, on Friday finalized the Emoji 13.1 update with 217 new emoji sequences.

Of these, 210 are skin tone variants for the multi-person emoji groupings “couples with heart” and “couples kissing”, while the other seven new emoji are: “heart on fire”, “mending heart”, “woman with beard”, “person with beard”, “face exhaling”, “face in clouds”, and “face with spiral eye”.

In April this year, Unicode Consortium had decided to postpone the release of Emoji version 14.0 of the Unicode Standard by six months from March to September 2021 due to COVID-19.

This means emojis released in version 14 would show up in devices only in 2022.

Hence, this minor emoji 13.1 update by Unicode Consortium allows the addition of new emoji to be rolled out in 2021 before version 14 is released in 2022.

The volunteer organization also thanked its volunteers for its dedication that made this possible.

The new emoji are listed in Emoji Recently Added v13.1. New emoji in this release should begin appearing on devices in the coming months.