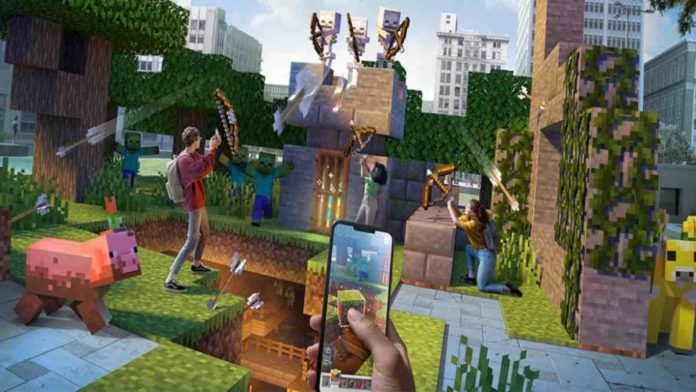 Microsoft-owned Mojang Studios on Tuesday announced that it will be shutting down AR mobile game, ‘Minecraft Earth’ on June 30, 2021. The decision to shut down was taken due to the ‘current global situation’ that has brought changes to day-to-day life.

Launched in October 2019, Minecraft Earth – an augmented reality (AR) game for smartphones – was designed to rival Pokémon GO. The game encourages players to move around the real world in virtual blocks and collect resources, crafting items, and building structures.

“Minecraft Earth was designed around free movement and collaborative play – two things that have become near impossible in the current global situation. As a result, we have made the difficult decision to re-allocate our resources to other areas that provide value to the Minecraft community and to end support for Minecraft Earth in June 2021,” the Minecraft team said in a statement on Tuesday.

Minecraft Earth will be closing down in June 2021. Please read our full message below for details. We appreciate all the support from the community!

Besides announcing that the game would no longer be downloadable or in operation after June 30, 2021, Minecraft also released a final build of the game that will allow players to explore, craft, and build more until the end.

Below is the list of changes coming in the update:

On June 30, Minecraft will be discontinuing all content and service support for the game. This means that after this date, all development will be stopped, and players will no longer be able to download or play Minecraft Earth. Further, on July 1, any Minecraft Earth player data unrelated to Character Creator and Minecoin entitlements will be deleted.

Players with rubies left in the game will be granted Minecoins, which they can use on the Minecraft Marketplace to purchase skin and texture packs, maps, and even minigames. Additionally, if any player has ever purchased Minecraft Earth, they will receive a free copy of Minecraft (the Bedrock version).

“We’re eternally grateful for the amazing talent in the Minecraft community,” Minecraft said. “This was not an easy decision, and we’re doing everything we can to make sure you get the most out of Minecraft Earth before it sunsets.”