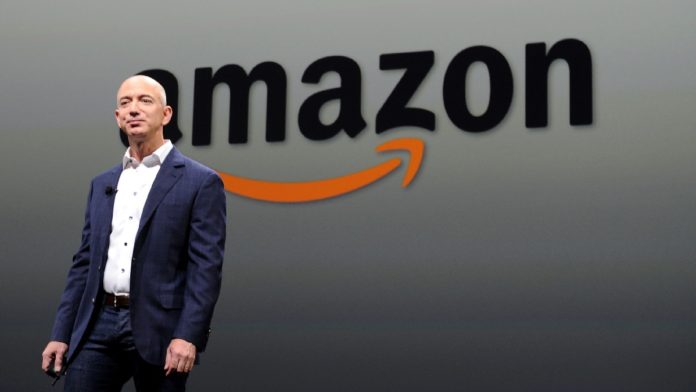 Amazon founder Jeff Bezos on Tuesday announced that he would be stepping down as the e-commerce platform’s CEO and will be transitioning to Executive Chair of the Amazon Board in Q3 2021. He will be replaced by Andy Jassy, the current head of Amazon Web Services (AWS).

“Amazon is what it is because of invention. We do crazy things together and then make them normal. We pioneered customer reviews, 1-Click, personalized recommendations, Prime’s insanely-fast shipping, Just Walk Out shopping, the Climate Pledge, Kindle, Alexa, marketplace, infrastructure cloud computing, Career Choice, and much more,” Bezos wrote in a letter to his employees.

“If you do it right, a few years after a surprising invention, the new thing has become normal. People yawn. That yawn is the greatest compliment an inventor can receive. When you look at our financial results, what you’re actually seeing are the long-run cumulative results of invention. Right now I see Amazon at its most inventive ever, making it an optimal time for this transition.”

According to Bezos, his role as the executive chair of the Amazon board of directors will not only allow him to stay engaged in important Amazon initiatives but also give him the time and energy to focus on the Day 1 Fund, the Bezos Earth Fund, Blue Origin, The Washington Post, and his other passions.

“Being the CEO of Amazon is a deep responsibility, and it’s consuming. When you have a responsibility like that, it’s hard to put attention on anything else. I’ve never had more energy, and this isn’t about retiring. I’m super passionate about the impact I think these organizations can have,” Bezos added.

Bezos said he was excited about the transition, adding that more than a million employees depend on them for their livelihoods.

In the letter, Bezos also wrote about Jassy stating that he would be an outstanding leader and that he had Amazon founder’s “full confidence.” Jassy joined Amazon in 1997 and has led AWS cloud team since its inception.

The Amazon CEO concluded the email by saying that it “couldn’t be better positioned for the future” with millions of customers depending on the company for their services.

Launched in 1994 as an online bookstore under the leadership of Bezos, Amazon has grown into one of the most successful and dominant retailer in the world. The company also has expanded into other areas, including web infrastructure through AWS, hardware products like the Echo and Kindle, and physical retail through grocery stores and acquisition of Whole Foods.

Currently, the company employs 1.3 million people across the globe that serve hundreds of millions of customers and businesses. In the year 2020, Amazon reported $386 billion in sales.