Last year at the CES 2020, Chinese electronics giant TCL had unveiled two ‘futuristic’ concept smartphones: one with a rollable display and one with a tri-foldable display.

Further, during the CES 2021 this year, TCL revealed a rollable concept device, dubbed an ‘AMOLED Rollable Display’, which can be extended from 6.7-inches to 7.8-inches with a simple tap of the finger, turning it from a smartphone into a tablet.

Now, based on TCL’s sketches and renderings seen by CNET, the company is working on a smartphone that could integrate both foldable and rollable displays, which can be expanded into a tablet form device by unfolding the screen.

This would help it to deliver a great tablet experience, as the current thick foldable smartphones are extremely uncomfortable to use or carry around. 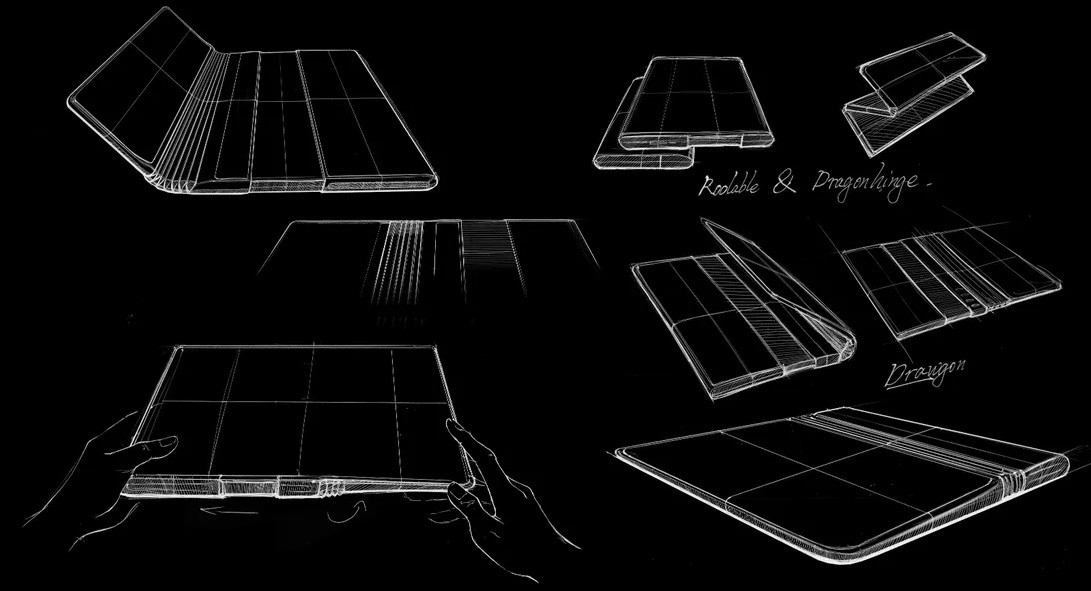 As one can see in the images, the phone bends using TCL’s DragonHinge in the upper left, turning the smartphone into a small tablet. Further, the bottom right shows how a user would be able to roll out another portion of the interior display even further turning the smaller tablet into a large tablet.

TCL is looking to show off renderings of the foldable/rollable device during the company’s rumored April 2021 event. Additionally, the Chinese electronics giant is also expected to unveil the successor to last year’s TCL 10 series, the new TCL 20 series with NXTVISION 2.0 and 5G for less than $300.

It is unclear whether the TCL foldable/rollable smartphone will become a reality, as many of the concept devices don’t even reach the production stage. In contrast, South Korean giant Samsung Electronics has already introduced three different foldable smartphones in the market since 2019 such as Galaxy Z Fold, Galaxy Z Flip, and Galaxy Z Fold 2.