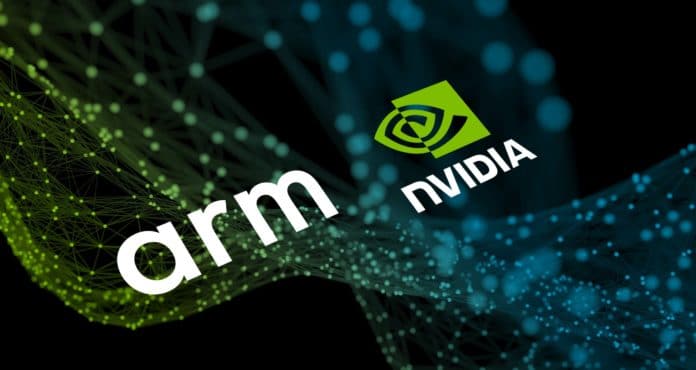 For those unaware, U.S. tech company Nvidia had announced in September last year that it would be acquiring a 90 percent stake in Cambridge-headquartered chipmaker, ARM owned by Japanese giant SoftBank, for $40 billion.

ARM is one of the UK’s most successful and powerful companies, which licenses its tech to the likes of Apple, Samsung, and Huawei.

Although Nvidia said that ARM would continue to operate independently in the UK, in Cambridge, concerns were raised that the deal could lead Nvidia to relocate ARM’s headquarters to the U.S. and make ARM withdraw, increase prices or reduce the quality of its services to Nvidia’s rivals.

Oliver Dowden, Digital Secretary from the UK’s Department for Digital, Culture, Media, and Sport on Monday issued a public interest intervention notice (PIIN) confirming that it is intervening in the sale on national security grounds under the Enterprise Act 2002.

The governing body has also written to the UK competition watchdog, Competition and Markets Authority (CMA) to start a “phase one” investigation into the transaction. This will ensure specific considerations around competition, jurisdiction, and national security are assessed. Separately, the UK government will examine the national security public interests.

“Following careful consideration of the proposed takeover, I have today issued an intervention notice. As a next step and to help me gather the relevant information, the UK’s independent competition authority will now prepare a report on the implications of the transaction, which will help inform any further decisions,” Dowden said.

“We want to support our thriving UK tech industry and welcome foreign investment, but it is appropriate that we properly consider the national security implications of a transaction like this.”

The CMA has been instructed to compile a report for Dowden on the competition and national security aspects and advise whether the acquisition could threaten competition in any UK markets. If so, whether the government should enter a more in-depth ‘phase two’ investigation.

The findings of the investigation have to be submitted by the CMA to Dowden by the end of midnight of July 30, 2021. He could then approve the deal, impose certain conditions, or ask the CMA to launch an extensive ‘phase two’ investigation.

A spokesperson for Nvidia said: “We do not believe that this transaction poses any material national security issues. We will continue to work closely with the British authorities, as we have done since the announcement of this deal.”