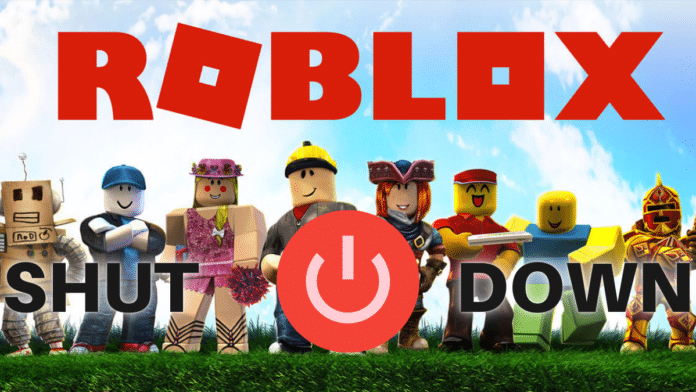 In the initial months of 2021 rumors that Roblox is shutting down started spreading like wildfire. Sadly, in the year 2020, Minecraft faced the same problem.

Keeping the rumors aside, Roblox in 2022 is currently having more players than ever and it’s being updated constantly.

Clearly, it’s safe to say that Roblox is not shutting down anytime soon.

In this article, we have shared the origins of the aforementioned rumors coupled with a detailed explanation of why Roblox won’t shut down in the upcoming years.

How Did The Roblox Shutting Down Rumour Start?

A website named React2424 allows users to post fake news and pranks and mess around with their friends.

Recently, a news article titled “Roblox Is Shutting Down” was published on React 2424.

At the time of writing this article, the fake news article has been taken down. Thousands of Roblox gamers thought that the news was true and become worried about the entire situation.

At the end of the news article webpage, a disclaimer stated that

“This is an entertainment website, and the users create the articles. These are jokes and fictional; it should not be taken seriously or as a source of information.”

Surprisingly, the rumors were so widespread initially that the studio decided to respond to the rumors about the game’s demise.

Let’s set things straight: Roblox isn’t “shutting down.” The same hoax (with a few details changed) goes around every year or two.

Remember: don’t believe everything y’all read on the internet! ?

The aforementioned news article was published on March 22, 2020 (almost two years ago) but the rumors have again started emerging out of nowhere.

The rumors propped up to again due to the server outage that happened on 20th July, 2021, beginning at around 12:30AM UTC, lasting for about an hour. According to downdetector, over 1000 down reports were recovered within a short span of time.

#RobloxDown Don't clear your cookies if it means logging you out unless you want to spend time logging back in. Roblox is down at the moment pic.twitter.com/OyD7smciaR

The majority of Roblox’s audience consists of younger children. These children shared the news without double-checking it. So Roblox isn’t shutting down.

Roblox has a massive player base of 214 million plus monthly active players. Millions of gamers are having fun creating and playing Roblox games.

The gaming platform helped the studio and developers generate about £1.5 billion in revenue in 2021 alone.

No one on earth would shut down such a profitable business that’s growing at a rapid pace.