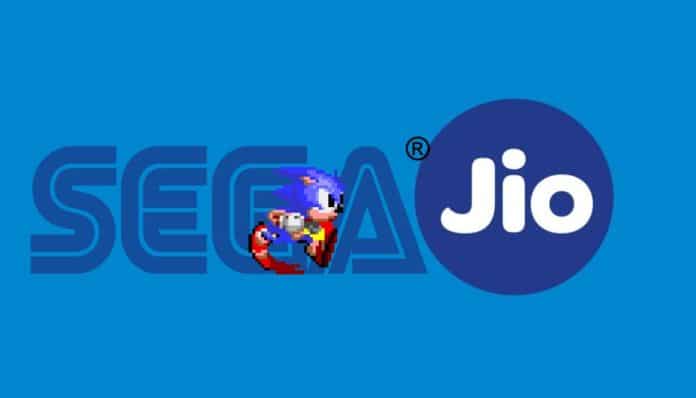 Reliance Jio, the Indian telecommunications giant, has partnered with Japanese gaming firm SEGA Corporation to bring its classic games to India through the JioGames Store.

As a part of the collaboration, Sonic the Hedgehog 2 and Streets of Rage 3 – the two most popular games in the U.S. and Europe, will be launched on the JioGames Store.

Both these games will first arrive on the Jio Set-Top Box (STB) for Jio TV through the JioGames Store.

It will also be available for download and play to Jio users on their smartphones and other devices allowing multi-platform gameplay.

However, JioFiber users will get access to these SEGA titles first to play on TVs followed by launches on other platforms.

According to Jio, SEGA will customize UI (user interface) for the two games for the Jio Jio Set-Top Box and TV. These are the first games that will also be available in local languages like Hindi and Tamil.

Additionally, Sonic the Hedgehog 2 and Streets of Rage 3 are also expected to arrive on the JioPhone in the coming months, as they are old classic titles and have minimal processing and graphic requirement compared to video games like PUBG Mobile.

Coming to games, Street of Rage 3, better known as Bare Knuckle 3 in Japan, is one of SEGA’s biggest street-fighting games.

It is the third installment in the Street of Rage series and the last game in the original trilogy. Streets of Rage 3 is a side-scrolling beat ’em up in which up to two players fight against waves of enemies.

On the other hand, Sonic the Hedgehog 2, one of SEGA’s most popular games of all time, is a side-scrolling platform game.

In the game, players control the titular character (Sonic the Hedgehog) as he travels through seven zones, trying to stop Dr. Robotnik from fuelling the Death egg space station by stealing the Chaos Emeralds.

Currently, it is unknown when these two games will be available on the JioGames Store.