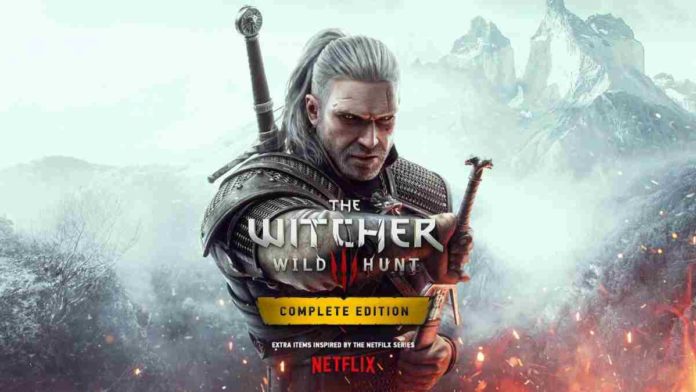 CD Projekt RED (CDPR) during the first-ever virtual WitcherCon event on Friday announced that the next-generation version of “The Witcher 3: Wild Hunt” will arrive later this year on PS5, Xbox Series X/S, and PC along with additional free content inspired by The Witcher Netflix series.

The upgraded edition of The Witcher 3, also known as the Complete Edition, will release as a standalone purchase. However, it will available as a free upgrade for anyone who owns the game’s previous-generation version on PC, Xbox One, and PlayStation 4.

Further, the DLC’s are not exclusive to the upcoming version and will be available for every version of the game, including PS4, Xbox One, and Switch.

“For this upgrade, we collaborated with Netflix for some free DLC to add to the game,” said CDPR lead quest designer Philipp Weber during the segment. “So as an example you might be able to wear Geralt’s armor inspired by the Netflix series.”

The Witcher 3: Wild Hunt next-gen update is coming to PS5, Xbox Series X/S, and PC this year! Here’s a sneak peek of our updated cover art.

Announced first in September 2020, the next-gen game update of The Witcher 3 will feature a range of visual and technical improvements, including features like ray tracing support and faster load times across the base game and all its expansions on PC, PS5 and Xbox Series X.

Also, the updated cover art for the “Complete Edition” of The Witcher 3 indicates that it includes “extra items inspired by the Netflix series” such as swords, armor, and more.

While currently, no information about the new content of The Witcher 3 is available, CDPR has promised to reveal more details “soon.”

Meanwhile, Netflix has announced that it will start airing the highly-anticipated second season of The Witcher on December 17th.