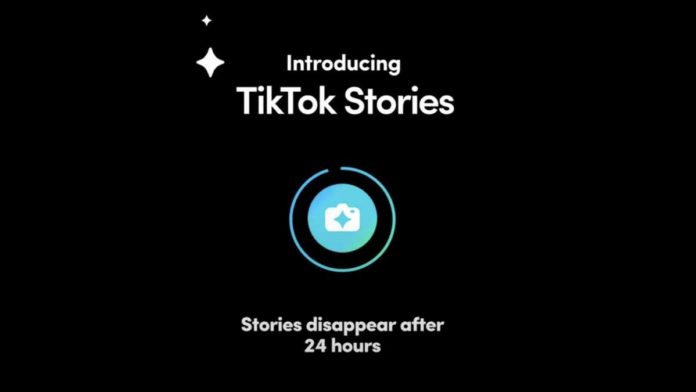 TikTok, the popular short-form video-sharing platform, is testing a new video story feature that will see videos disappearing after 24 hours.

Matt Navarra, a social media consultant, who spotted the “TikTok Stories” feature, posted the screenshots on Twitter to share the news:

According to TikTok, the feature in the app is “a new way to interact with your fans.” Users can tap on the “Create” button on the newly added slide-over sidebar to create and share a Story. They can also add the usual captions, music, and text to their Stories.

Further, users can go to the profiles of content creators to check out their Stories where they can react and comment on them before their Stories are automatically deleted after 24 hours. They can even tap on a user’s profile picture to load a story.

Owned by Chinese internet giant ByteDance, the app is currently running a small pilot test of TikTok Stories in many countries outside the U.S.

“We’re always thinking about new ways to bring value to our community and enrich the TikTok experience,” a TikTok spokesperson wrote in a statement to The Verge confirming the feature.

“Currently we’re experimenting with ways to give creators additional formats to bring their creative ideas to life for the TikTok community.”

It is unclear how extensively is TikTok testing the new feature and when it will roll out to the public widely in the future.