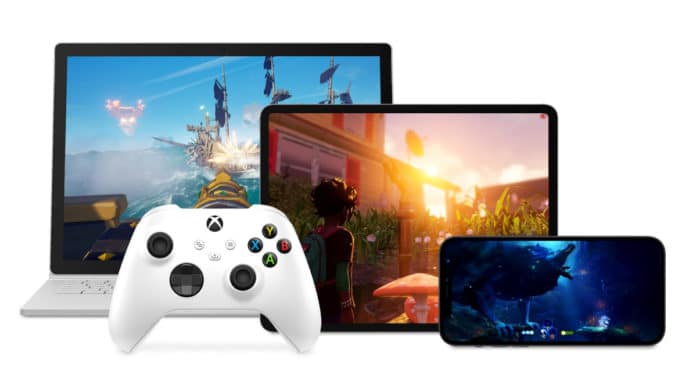 Microsoft is bringing its Xbox Cloud Gaming service (formerly known as xCloud) to Xbox Series X|S and Xbox One consoles this holiday season. Currently, Xbox Cloud Gaming is only available on mobile devices and PCs.

Xbox Cloud Gaming will enable Xbox Game Pass Ultimate members to play 100+ games right from the cloud and discover new games with the click of a button, without the need for installation.

“It’s a way for console gamers to play some of their favorite games as quickly as possible, jump into games with friends more easily, and try out Xbox Game Pass titles before installing them,” Jake Rosenberg, Senior Program Manager at Xbox announced during its Gamescom 2021 showcase on Tuesday.

With the ability to play games before installation, it will be easier than ever for Xbox Game Pass Ultimate members to:

All you have to do is navigate to Xbox Game Pass and look for games with the cloud icon. Next, click the “Play” button, and the game will begin streaming.

Further, to ensure the highest quality experience across the broadest set of devices, the company will support up to 1080p and at 60fps just like Xbox Cloud Gaming (Beta) across PCs, phones, and tablets.

“We’ve been listening to our gamers and have heard their feedback loud and clear: They want to try new games fast without waiting for an install to finish. Xbox Cloud Gaming [Beta] on Xbox consoles lets you play new games faster than ever, optimizing space and saving you time,” said Xbox cloud gaming boss Catherine Gluckstein.

Microsoft will start testing for Xbox Cloud Gaming on consoles as part of its Xbox Insider program this fall before its full rollout later in the year.