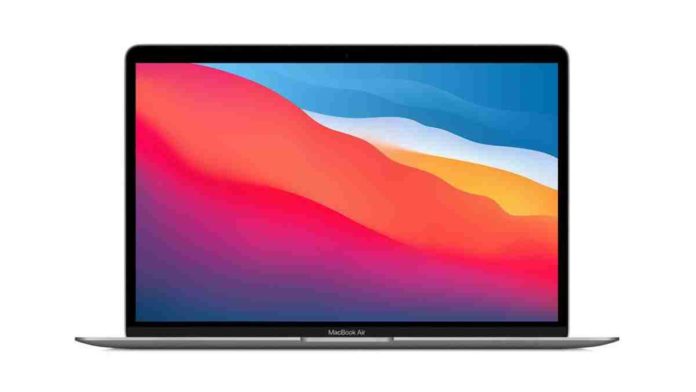 In an investigation carried out by Migliaccio & Rathod LLP, many users complained that the display was simply not sturdy enough to withstand the normal pressures of opening, closing, or adjusting its position, an issue for which Apple provided zero forewarning.

“Many users allege that they have opened their devices from the closed position without applying any undue pressure, only to find dramatic cracks in the retina display, often accompanied by black bars running across the screen,” Migliaccio & Rathod LLP observes.

“Others report that the crack followed a simple adjustment of the screen’s viewing angle. In none of these cases would a reasonable consumer expect such activity to damage their device, let alone cause a screen crack that impairs its functionality.”

In the first lawsuit filed by Migliaccio & Rathod LLP, the law firm accused the Cupertino tech giant of falsely advertising the M1 MacBook models (2020) as “premium [in] quality, reliability, and durability” despite allegedly knowing this was not true.

It also claims that Apple’s “rigorous testing of the laptops should have revealed any flaws” before the devices were released. It broadly blamed Apple for knowingly selling defective laptops despite the issues.

Despite this knowledge, [Apple] failed to disclose and actively concealed the Screen Defect from…the public, and continued to market and advertise the [laptops] as state-of-the-art premium and durable laptops when in fact normal operation…often results in catastrophic damage, rendering the devices unusable.

It further accused Apple of violating California’s consumer laws by denying free repair for the damaged screen of the M1 MacBook models under warranty. Consequently, it left users with no option but to spend upwards of $600.00 to have their display repaired, with no guarantee that the screen crack defect won’t reoccur at a later date.

As a result of Apple’s misconduct, [customers] were harmed and suffered actual damages, including that the Class Laptops contain defective screens, have manifested and continue to manifest the Screen Defect, and that Apple has not provided a remedy for the Screen Defect. [Customers] have also incurred, and will continue to incur, out-of-pocket unreimbursed costs and expenses related to the Screen Defect.

The lawsuit suit also alleges Apple has “concealed, failed to disclose, or otherwise engaged in deceptive marketing with respect to this defect, particularly with respect to the quality of the Class Laptops’ display screen and their overall reliability and durability.”

In the second lawsuit filed by Bursor & Fisher, the law firm states: “The M1 MacBook is defective, as the screens are extraordinarily fragile, cracking, blacking out, or showing magenta, purple and blue lines, and squares, or otherwise ceasing to function altogether.”

It further adds, “Thousands of users from across the globe have reported this issue directly to Apple and on Apple sponsored forums. Nonetheless, consumers who have attempted to secure replacements or repairs have been rebuffed by Apple, often forced to pay out of pocket upwards of between $600 and $850 for repairs themselves or to secure replacements without Apple’s assistance.”

Both the lawsuits are seeking compensation for the affected parties for the cost of the repairs, various damages to the plaintiffs and class, and reasonable attorneys’ fees and costs, as well as demand for a jury trial.

It also demands the company to stop its “fake marketing” and “correct, repair, replace or otherwise rectify the unlawful, unfair, false and/or deceptive practices.”