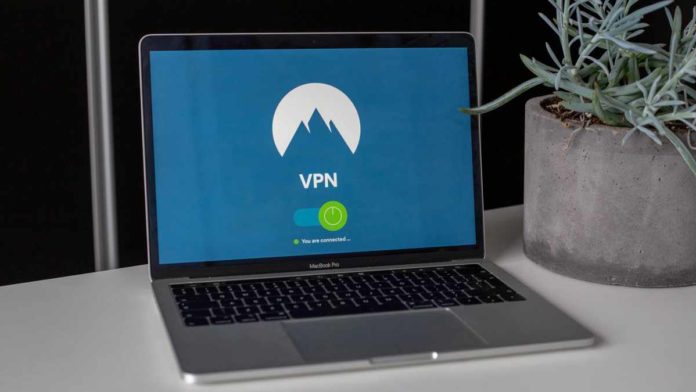 The Parliamentary Standing Committee on Home Affairs has proposed that the Indian government should ban Virtual Private Network (VPN) services in the country citing fears of cyber-attacks and other illegal activities.

For those unaware, a VPN is an internet tool that is highly encrypted and enhances protection as well as improves privacy while the user is browsing the internet. In addition to improved privacy, a VPN might also help users in accessing websites and services that are blocked in their region.

Using VPN services has gained importance during pandemic, as many companies have switched to work from home that requires securing corporate data.

In the report (via Medianama) titled, “Action Taken By Government on the Recommendations/ Observations Contained in the 233rd Report on the Atrocities And Crimes Against Women And Children” submitted to the Rajya Sabha, the Committee notes that VPN services pose a “technological challenge” that can bypass cyber security walls and allow criminals to remain anonymous online.

It also showed its concern regarding the unauthorized VPN and the dark web that are bypassing the security walls and need to be blocked. Moreover, cybercriminals are well versed with technology and are finding new ways to commit cybercrimes.

Currently, VPN can easily be downloaded as many websites are providing such facilities and advertising them.

The Committee, therefore, recommended that the Ministry of Home Affairs should coordinate with the Ministry of Electronics and Information Technology (MeitY) to identify and permanently block such VPNs with the help of internet service providers.

It also recommended that a coordination mechanism should be developed with international agencies to ensure that these VPNs are blocked permanently.

The Ministry must take initiatives to strengthen the tracking and surveillance mechanisms by “further improving and developing the state-of-the-art technology to put a check on the use of VPN and the dark web.”

The proposal to ban VPN services in India could have a serious influence on IT firms running operations remotely to banks doing transactions online, say Internet policy experts and security researchers who called the ban a “strange and ill-judged” idea.

“It’s a very strange and hare-brained idea to block VPNs. It is going to be counter-productive especially for businesses. During Covid most organisations, domestic or global, worked from home,” Amitabh Singhal, Director, Telxess Consulting Services and former President of Internet Service Providers Association of India, told BusinessLine.

“All have been using VPNs to secure their network for conducting businesses remotely. To ban VPN will set a bad precedent and destroy the internet as a medium to conduct business safely.”

Additionally, a ban also negates the government’s easing on connectivity norms for VPN use for other sectors like BPOs.

Singhal added, “ There are better ways for the government to ensure safety. The committee is just using the ploy of security to clamp down on something. I don’t think this is a valid argument just because some anti-social elements use VPNs to hide their identity. How do you expect companies depending on the internet to conduct their global and local businesses securely while working under this ban?”

Providing a solution on banning VPN services, Nehra said, “The government should focus on banning third party ‘No-Log’ VPN apps and software from app stores and other websites. No-Log VPN makes it impossible to track the identity and IP addresses of the hacker if a cybercrime happens as no backend database is being saved. Most big companies use in-house VPNs. So even if they use a VPN which stores data, it will be safe with them, there wouldn’t be any data leak when it’s in transit between two companies.”

He further added, “Cybersecurity will always be a challenge and the government will have to continue to find ways and use its resources to enhance technical capabilities for tracking such crimes, banning VPN is not the way.”