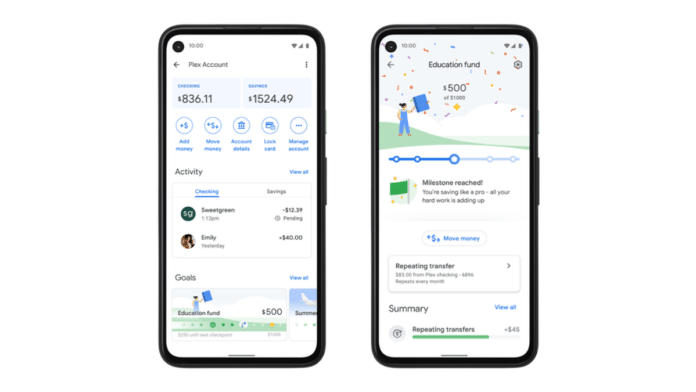 Google’s plan to add mobile banking to its Google Pay app has come to a halt, as the company has ended work on its Plex project, according to the Wall Street Journal.

For those unaware, in November 2020, Google had announced that starting in 2021, 11 banks and credit unions, including minority-owned depository banks, in the U.S. will start offering digital accounts called Plex accounts in Google Pay.

Back then, the search giant had said that it was working with “trusted financial institutions to create Plex, a new mobile-first bank account integrated into Google Pay.”

“Plex Accounts are offered by banks and credit unions, include checking and savings accounts with no monthly fees, overdraft charges or minimum balance requirements and help you save toward your goals more easily,” Google said.

Meanwhile, interested users were asked to join the waitlist on the app to be one of the first to apply for a Plex Account from Citigroup or SFCU.

People familiar with the matter have cited a series of missed deadlines and the departure of Google Pay executive in April who backed the Plex project as the reasons behind halting the Plex project.

A Google spokesperson said that the company primarily wants to focus on delivering digital enablement for banks and other financial services providers rather than serving as the provider of these services.

“Our work with our partners has made it extremely clear that there’s consumer demand for simple, seamless, and secure digital payments for online and in-store transactions,” a Google spokesperson said on Friday.

“We’re updating our approach to focus primarily on delivering digital enablement for banks and other financial services providers rather than us serving as the provider of these services. We strongly believe that this is the best way for Google to help consumers gain better access to financial services  and to help the financial services ecosystem connect more deeply with their customers in a digital environment.”

Citigroup, one of the largest U.S. banks, which had launched a waitlist with Google for customers to sign-up for the “Citi Plex Account” told the WSJ that it has registered around 400,000 people on a waiting list for Plex with roughly 10,000 potential account holders being added to the list each week.

Moving forward, the bank said it plans to offer other accounts to potential customers on its Plex waiting list and would look for other ways to work with Google in the future.