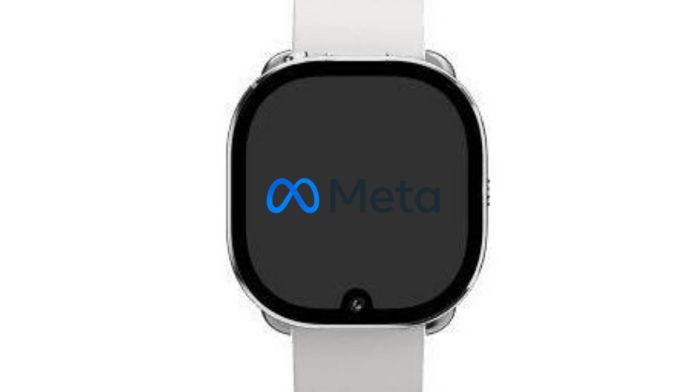 In June, we had reported that Facebook Inc., now known as Meta Platforms Inc., is reportedly working on its first-ever smartwatch to take on competitors like Apple and Google.

Now, an image of the smartwatch has been leaked online that exhibits the display, casing, and front camera of the device.

Moser took to Twitter to post the image as well as shared it with Bloomberg who were the first to report the photo. He wrote, “Facebook… I mean Meta casually left this image of their ‘Milan’ smart watch in their ‘Facebook View’ app. Now Meta joins the notch conversation with a bottom notch.”

According to the leaked image, the watch features a front-facing camera and will sport a round display similar to the one featuring on the Apple Watch. Its front-facing camera appears to be placed on the bottom of the screen, with the right-hand-side of the watch’s face housing a control button.

The much-rumoured smartwatch is expected to arrive in summer 2022 and could have a display with two cameras that are detachable. This would allow the wearer of the watch to take photos and videos and quickly share them on social media platforms like Messenger, Instagram, and WhatsApp.

Besides the front-facing camera which will be used for video calling services, it will also have a 1080p camera with auto-focus on the back for capturing footage when detached from the frame on the wrist.

The new watch will also include health-related features such as a heart rate monitor, and options to track workouts with friends or communicate with trainers, and more.

Besides this, the social media giant is also working with U.S. wireless operators to support LTE connections in watches, which means it does not need to be paired with a smartphone to work. The smartwatch is rumoured to be available in different colors such as White, Black, and Gold.

A Meta spokesperson declined to comment on the watch and the leaked image.