OTT platforms such as Netflix, Hulu, and Disney+ are always on the hunt for cracking down on accounts using VPNs to access the content of the different regions.

One unsuspecting user of Disney+ decided to ask the customer executive for an update on the release of Snowdrop, a Korean romcom, on the Disney+ US.

The executive allegedly suggested using a VPN of a region whose shows you want to watch.

Here is how everything unfolded when:

1. A Reddit user who goes by the name of EVa-rachel, posted in r/BlackPink about a peculiar yet unverified conversation with the Disney+ US Customer Executive.

2. The reply from the Disney+ US customer executive was first about how the content on the platform varies according to the region. 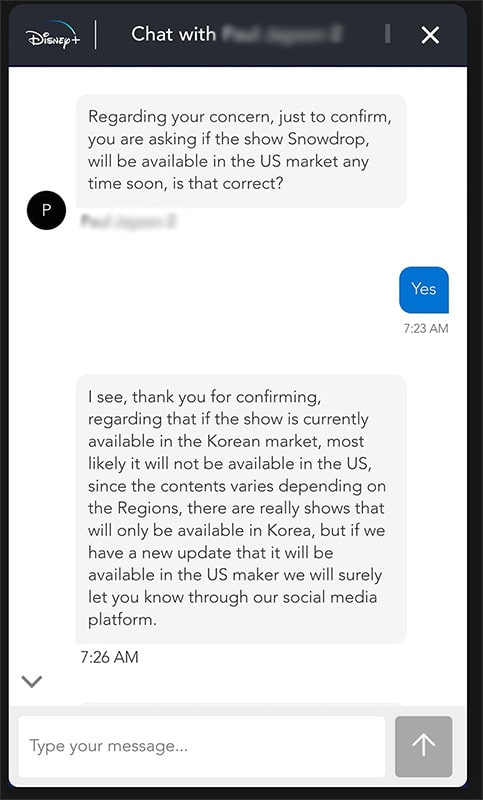 3. Then in the following reply, the customer exec suggests USING KOREAN VPN TO ACCESS KOREAN SHOWS, which is somewhat ironical given the OTT platforms stand on copyrights and regional content restrictions. 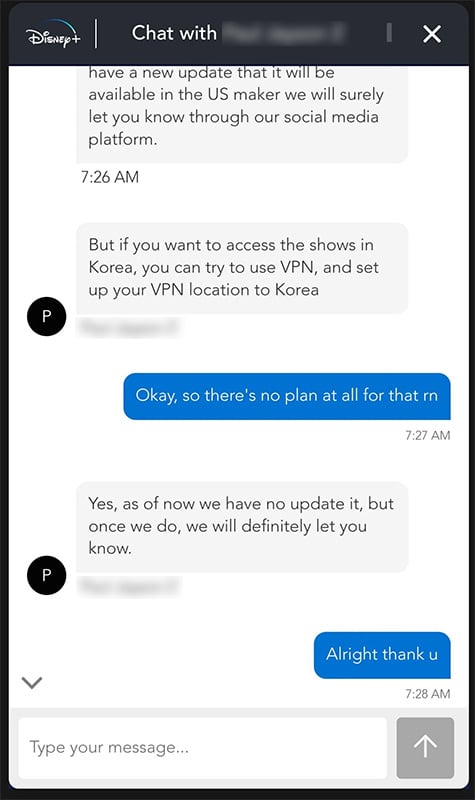 This is rather unprecedented for a customer executive to directly suggest using a VPN to access the content of a region.

Speculations are that the customer exec was unaware of the rules and regulations surrounding using the VPN of Disney+.

Disclaimer: TechWorm.net and its authors do not condone or recommend the use of VPN or any miscellaneous tool for accessing content beyond the provided scope in a region.

What does Disney+ US has to say on this?

We reached out to Disney+ US through email, social media and LIVE chat for clarification. The live chat was prompt and provided clarity on the matter. 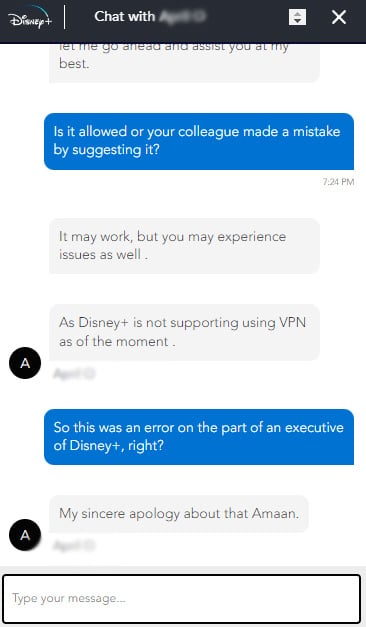 They made it clear that it was a mistake and the issue will be forwarded to the higher departments for further inquiry.

Watch this space as new developments will be added as they turn up.