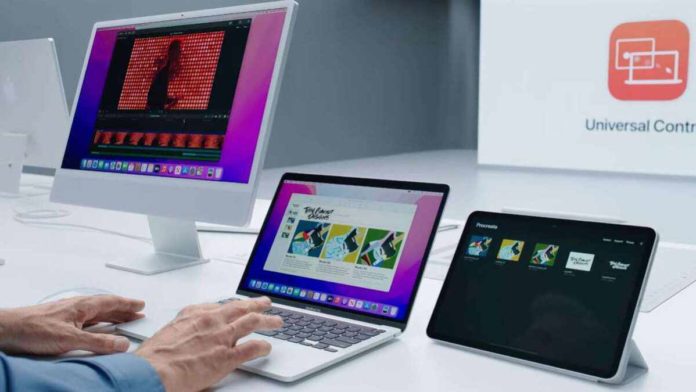 In June 2021, Apple had announced that its Universal Control feature will be rolled out with iOS 15 and macOS 12 (Monterey) by the end of 2021. However, as the company was not able to meet that deadline, it delayed the launch. Further, in December 2021, the tech giant officially delayed the release of the feature by promising it to be part of a forthcoming update in “Spring 2022”.

For those unaware, the Universal Control feature allows users to work with a single mouse and keyboard and move seamlessly between Mac and iPad. They can even connect to more than one Mac or iPad. Users can place devices next to each other and instantly move the cursor from one device to the other — no setup required.

Users can use their Mac keyboard to type text on any device, or drag and drop content back and forth easily between devices. They can even draw with Apple Pencil on iPad, and place their illustrations right into apps on their Mac, enjoying the powerful capabilities of all their devices at once.

In order to use the Universal Control feature, you need to ensure that the devices are signed in to iCloud with the same Apple ID using two-factor authentication. Also, the devices on which you want to use the feature must be placed within a few metres of each other and have Bluetooth, Wi-Fi, and Handoff turned on.

With Apple setting a “Spring 2022” release date of Universal Control, we can expect to see the stable release of the feature with the official launch of iPadOS 15.4 and macOS Monterey 12.3.