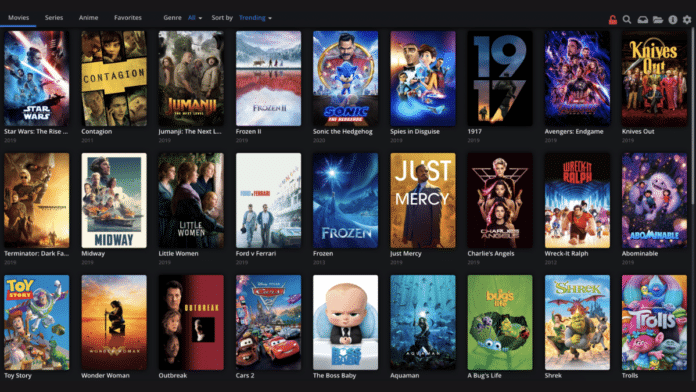 Popcorn Time, a free pirated alternative to subscription-based video streaming services such as Netflix, was shut down on Tuesday due to the low search for the app on Google.

Users trying to login into the service were greeted with a farewell message “R.I.P.” along with a graph showing a decline in public interest in online searches for the app during the period effective February 2015 until May 2021.

For those unaware, Popcorn Time, which was launched in March 2014, was developed “in a couple of weeks” by a group of developers from Buenos Aires, Argentina. The service allowed users to stream the latest movie blockbusters and TV shows at no cost just at the click of a button.

Often described as “Netflix For Pirates” for its ease of use, Popcorn Time offered instant access to hundreds of films, in various qualities, and complete with subtitles if needed. It worked with the most popular operating systems, including iOS, Linux, and Windows.

“As a designer, I love the challenge of simplification. Take something hard for the common user and make it usable. I have a lot of friends who don’t understand torrents and I wanted to make it easy and effortless to use torrent technology,” Sebastian had told TorrentFreak shortly after the launch.

“We hate that we don’t have the chance to watch some movies at home. Popcorn Time is an experiment to show that you can do something better for the users and that you can do it with BitTorrent.”

Following its creation, Popcorn Time quickly received positive media attention and a massive spike in the public interest and positive press reception after only about a week.

However, the program was abruptly taken down by its original developers on March 14, 2014, due to pressure from the Motion Picture Association of America (MPAA).

Legal threats in the years that followed forced the original developers to desert the website; however, since it was an open-source project, it was widely copied by the admirers of the original with Popcorn-Time.to emerge as one of the leading forks.

“The service wasn’t responsible for piracy because it didn’t host any stolen material itself. Instead, the software offered a link to computers worldwide hosting the content through the file-sharing system BitTorrent. The torrent world is here with millions of users way before us and will be here with BILLIONS of users way after us,” a developer associated with Popcorn Time told Bloomberg in 2015.

The growing popularity of the pirate site was a major concern for Hollywood as well as Netflix. In 2015, Netflix co-founder Reed Hastings even named Popcorn Time as one of the biggest competitors of the company.

Following this, a slew of legal actions were taken including a lawsuit in the U.S., targeting the alleged operator of Popcorn-Time.to (later .tw). However, the case was finally dismissed after the movie companies understood that they had identified the wrong person. Eventually, the fork remained online.

The Popcorn Time team attributes shutting down of the website this week due to decreased interest from the pirating public and not legal issues.

Let us know what do you think about the shutting down of Popcorn Time in the comments section below.