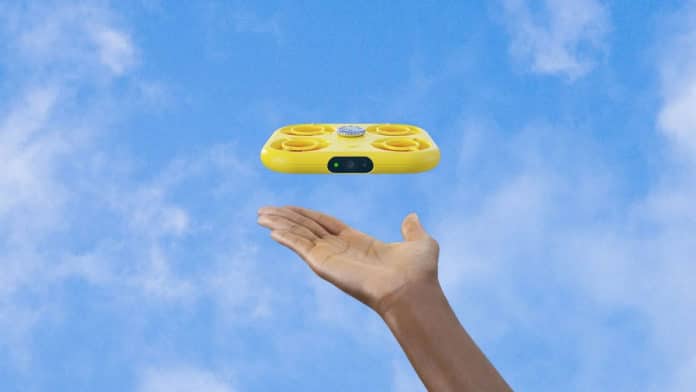 As you might know, Snapchat is one of the most popular social media platforms that’s used by millions.

The parent company of Snapchat namely Snap has tried to launch hardware accessories like the Snapchat Spectacles to enhance the user experience.

Snapchat has now introduced a new cute little camera drone that goes by the name Pixy. Unlike traditional drones, Pixy is pocket-sized and it comes with four tiny propellers.

The drone weighs just 101 grams which makes it profoundly portable. There’s a single 12MP sensor on the drone and the integrated 16GB storage can store a maximum of 100 videos or 1,000 photos.

Snap in a press release stated that,

“we’re introducing Pixy, your friendly flying camera. It’s a pocket-sized, free-flying sidekick that’s a fit for adventures big and small. […] With the simple tap of a button, Pixy flies in four preset flight paths. It can float, orbit, and follow wherever you lead, without a controller or any set-up. And, Pixy finds its home in your hand, landing gently at the end of the flight.”

Since Pixy comes with four preset flight paths it doesn’t has a remote control. Whenever you want to stop a recording or simply bring the drone down you can place your hand beneath the drone, and it’ll land in your palm.

As far as battery is concerned, Snapchat claims that the drone offers five to eight flights once it’s fully charged. Videos captured by pixy are sent to your Snapchat Memories. There you can edit them with Smart Edits and crop to fit smartphone screens.

Clearely Pixy is not meant to replace a proper drone. It’s ideal for casual users who want to capture photos and videos every now and then. Pixy retails for a price of $230 and if you add an extra $20 you can get a portable battery charger (coming with two extra batteries on its own).