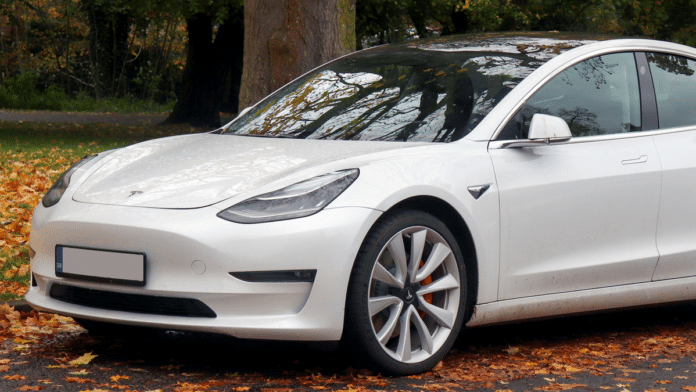 Tesla might soon recall a batch of Tesla Model 3 Performance model consisting of 48,184 electric vehicles over a software glitch. These vehicles were manufactured between 2018 and 2022.

The software glitch is present in the speedometer of the electric vehicles. Due to this glitch, when the car is in the Track mode the display shows the speed without its corresponding unit (in mph or km/h).

This bug came into existence after a firmware update released in December unintentionally removed the speed unit from the user interface of the EVs.

In an official statement tesla stated that,

“Lack of a speed unit when using Track Mode may not adequately inform the driver of vehicle speed, which may increase the risk of a collision.”

“Tesla is not aware of any crashes, injuries or fatalities related to this condition.”

The National Highway Traffic Safety Administration said the EVs do not comply with a federal motor vehicle safety standard and if drivers do not know how fast they are traveling it could increase the risk of accidents.

The issue with speedometer was discovered internally and as of now there are no indications that this has resulted in a crash or injury in the field. As stated earlier, the problem is present in Model 3 Performance vehicles that were released in 2018-2022 running firmware releases 2021.44.25 or later.

At the time of writing this article, an over-the-air update has already been pushed to address the problem. In addition to the update, Tesla will also send an email notification to affected Model 3 owners in June 2022.