WhatsApp has just gone an inch better. The instant messaging app has announced the inclusion of WhatsApp Communities and a few new features that will come for the ‘WhatsApp Groups’ section. Here’s more about it. 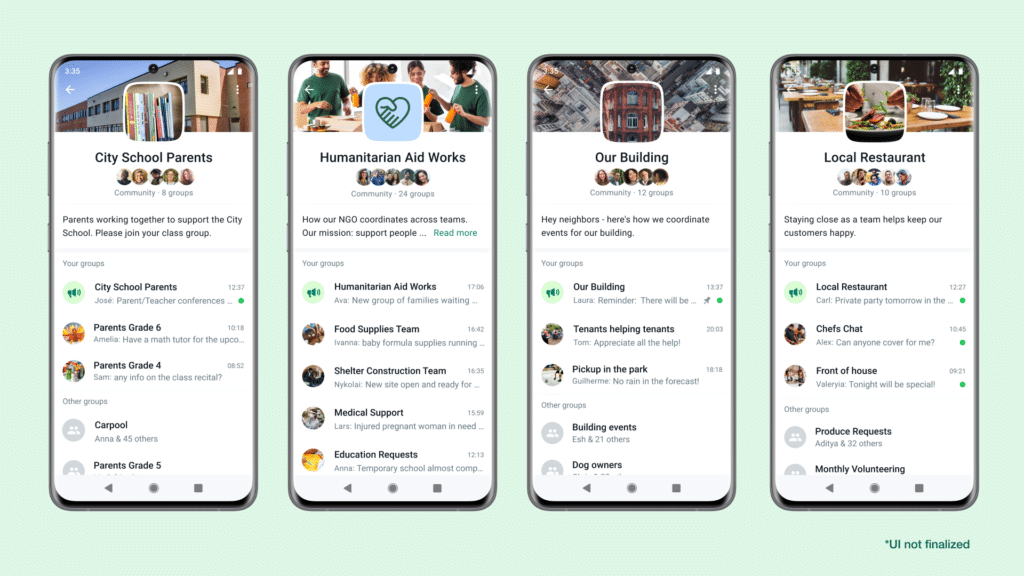 WhatsApp is building towards being larger than life with its Communities feature. The new feature will allow participants to stay updated with posts coming from within the community they are part of. It will have a grandeur features list than groups where like-minded peoples can gather. It will bring on features like admin privileges such as who can be added and how the announcement posts/messages are made within the community.

Once the feature is available to the masses, users will be able to join communities of their schools, restaurants, NGOs, local clubs, and others without any hassle. 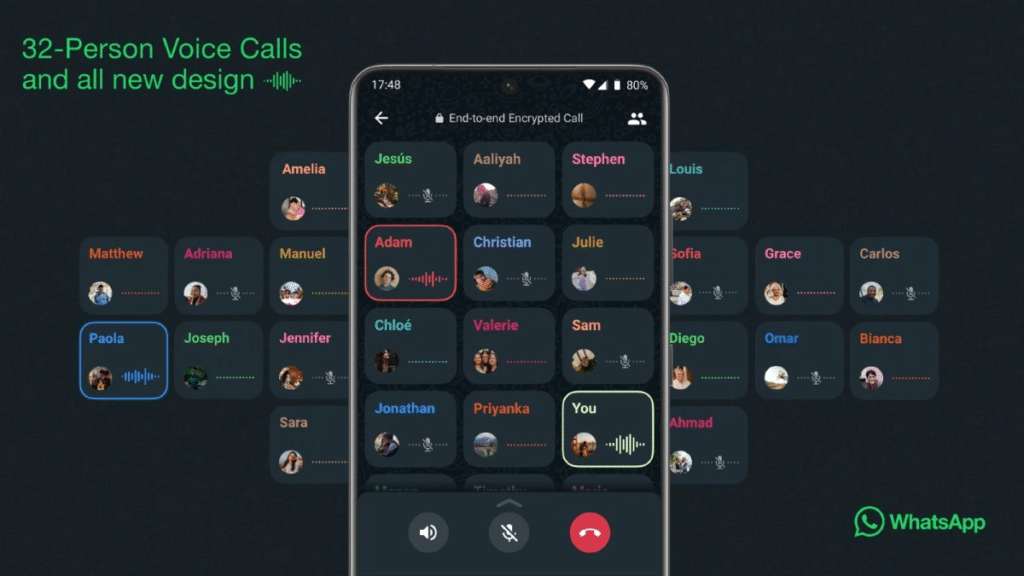 Even the WhatsApp Groups section has gone in a jetpack with an assortment of features. The four new features added are admin delete, file sharing, large voice calls, and reactions.

With the larger voice calls, the instant messaging platform users will now get options to call 32 members in a group voice call at the same time. It was earlier locked at 4 and then it was upgraded to 8. With 32 members on a single voice call, the UI has been tweaked as well as it now looks well-organized.

Admins will now have the privilege to remove or delete any unwanted or errant messages from the chats. It will be deleted for everyone. Apart from that, there’s a file-sharing feature that WhatsApp has been working on. Here, users will be able to share files up to 2GB with relative ease.

Finally, there’s a Reactions feature that will allow users to send emoji reactions without adding unwanted messages to the group. Talking about the rollout, albeit these features have been announced, it will still take a few days/weeks for the rollout to commence. As usual, the features will first arrive on the beta app followed by the stable app accordingly.