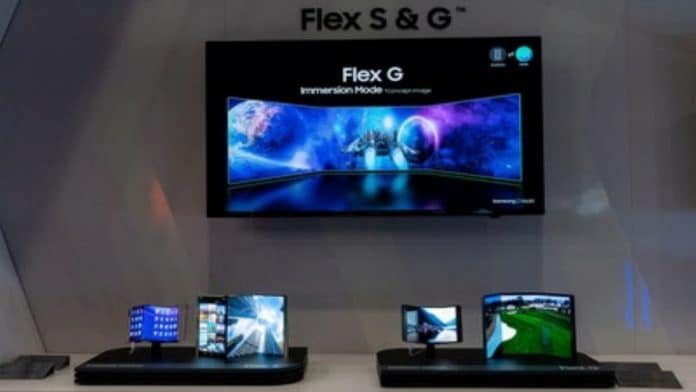 Foldable devices are being considered to be the future of the next decade. For technology enthusiasts, this is still a contesting topic, display manufacturers like Samsung and LG have already started working on next-generation foldable and rollable concept devices.

At the annual Display Week conference held in California from May 10-12, Samsung Display showcased some of its futuristic foldable and slidable concept prototypes. This included the Flex G, which folds inwards twice, and the Flex S, which folds both inward and outward.

Besides these prototypes, the South Korean giant also displayed a 6.7-inch slidable product, basically a rollable panel, that expands upward and not stretches horizontally. According to the company, this capability is helpful for document work and social media postings. Another product from Samsung was an 8.1-inch slidable display that can expand horizontally from both sides and extend to full 12.4 inches.

Samsung is also working on a new market category with its “Gaming Foldable OLED”  display that allows controllers to be attached at both ends, but can also be folded in half. It is also working on “Digital Cockpit,” a multi-display solution aimed at the automotive market that will be available in 7-, 12.3- and 15.7-inch sizes.

On the other hand, LG unveiled its state-of-the-art OLED products ranging from its next-generation OLED.EX to Bendable and Foldable OLED panels. Among the revolutionary products is the company’s 42-inch “Bendable OLED Gaming” display that boasts a curvature range of up to 1,000R, or a radius of 1,000mm.

The company also showcased its 8-inch 360-degree Foldable OLED, which freely folds in both inward and outward directions. The screen can apparently survive being folded “over 200,000 times” due to a stable module structure that minimizes creasing to provide a comfortable and cutting-edge user experience.

Do let us know what you think about the futuristic foldable prototypes showcased by Samsung and LG in the comments section below.