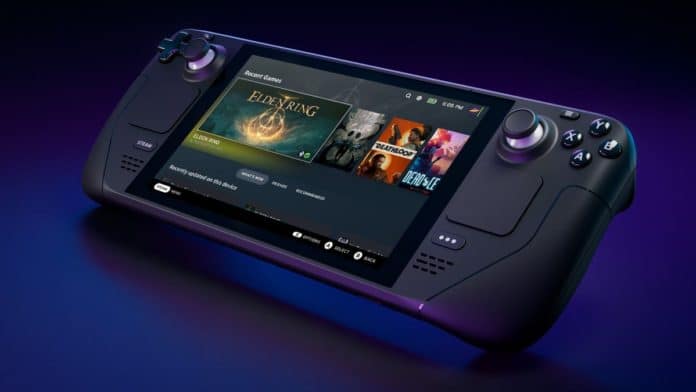 Lawrence Yang, an user experience designer at Valve, recently took to Twitter to warn Steam Deck owners against modding the SSD (Solid State Drive) in their console, as it would “significantly shorten” the longevity of the system (via PC Gamer).

The statement from Yang comes as a response to a PC Gamer article published on June 24th in which it reported how a Canadian Deck owner named “Belly Jelly” replaced the handheld console’s integrated 2230 M.2 (22mm x 30mm) form factor SSD with the bigger 2242 M.2 (22mm wide by 42mm long) NVMe.

Yang warns owners not to install the mod, as running larger SSDs than 2230 M.2 might lead to overheating problems in charger IC and basically kill the console’s life. Also, larger M.2 drives traditionally draw more power than the 2230 M.2 models than it is designed. In addition, thermal pads do not need to be removed, as they are a very necessary part of temperature management for the complex engineering of the Deck.

While the mod in question “may appear to work”, it will “significantly shorten the life of your Deck”, Yang added suggesting that it is best avoided.

“Hi, please don’t do this. The charger IC gets very hot and nearby thermal pads should not be moved. In addition, most 2242 m.2 drives draw more power and get hotter than what Deck is designed for. This mod may appear to work but will significantly shorten the life of your Deck,” Yang tweeted.

Hi, please don’t do this. The charger IC gets very hot and nearby thermal pads should not be moved. In addition, most 2242 m.2 drives draw more power and get hotter than what Deck is designed for. This mod may appear to work but will significantly shorten the life of your Deck. https://t.co/Kmup7Zov13

The original modder and Twitter user Belly Jelly (@TheSmcelrea) agrees with Yang’s statement saying this mod is done at your own risk and was mostly shared as a “proof of concept.”

“Might as well respond to this, I absolutely agree with this guy. Mod at your own risk! I am taking risks by opening the device and working on it, and it is mostly just as a proof of concept,” Belly Jelly tweeted.

“I am not too worried about the charging IC itself as the thermal pad there is still making contact just fine, nothing about that area was directly affected by the mod. The SSD itself is also pretty low power model so again I am not too concerned about that.”

In the thread, the modder explains that the thermals of the device have not shown any changes on the sensors available to be read in the OS.

“However, again, the heat shield is bowed slightly. I also had to remove a thermal pad that sits atop an inductor, which is now covered by the 2242 ssd. Do at your own risk,” the modder added.

The modder also warned against using a double-sided SSD, saying it will not work. They further cautioned that some people have damaged their consoles while attempting similar mods, so proceed at your own risk.

“Finally, I am planning on going further and finding ways to deal with my own concerns regarding the mod,” Belly Jelly concluded.

Valve has been continually recommending customers against trying an upgraded SSD into the device, as all models use socketed 2230 M.2 modules that are not intended for end-user replacement. If you are looking for more storage space, it is always advisable to get a bigger internal SSD for faster loading speeds.