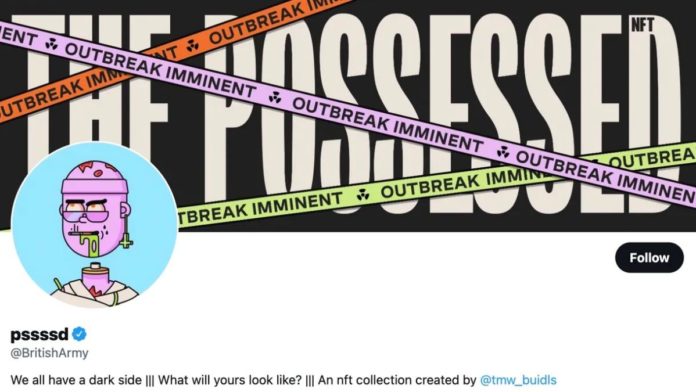 The British Army said on Sunday afternoon that it had launched an investigation into a breach of its Twitter and YouTube accounts by cyber criminals who used the social media platforms to promote cryptocurrency scams.

The army’s Twitter feed, which currently has 362,000 followers, and the YouTube channel which has 177,000 subscribers, both were simultaneously compromised to promote two different crypto scams.

“We are aware of a breach of the Army’s Twitter and YouTube accounts and an investigation is underway. The Army takes information security extremely seriously and is resolving the issue,” the UK Ministry of Defence Press Office said on Twitter.

The hackers had renamed the British Army’s YouTube channel to ‘Ark Invest’, an investment management firm founded by an American investor, Cathie Wood. The video streaming channel appeared to be promoting an old chat between Tesla founder Elon Musk and Twitter founder Jack Dorsey talking about crypto. However, the videos apparently included “double your money” Bitcoin and Ether scams.

On the other hand, the British Army’s official Twitter account, which was renamed “BAPESCAN” retweeted a number of posts appearing to relate to NFTs on its timeline. The profile picture of its Twitter page was changed to look like a cartoon monkey in face paint,

Its description had been changed from: “Follow us for news and information on deployments, training exercises, ceremonial duties & regimental events. Recruiting @armyjobs” to “#1 metavesto clan on the ETH chain with multi-billion dollar experience. Powered by @chaintchlabs”.

An NFT, or non-fungible token, is a distinct cryptographic token that cannot be copied or reproduced without the owner’s knowledge and consent. It acts as a digital certificate of authenticity for virtual items. NFTs can be considered modern-day collectibles.

The British Army was finally able to regain control of its official Twitter account and YouTube channel and restored to normal by Sunday evening following a brief hack.

“Apologies for the temporary interruption to our feed. We will conduct a full investigation and learn from this incident. Thanks for following us and normal service will now resume,” the British Army said while apologizing for the outage.

Apologies for the temporary interruption to our feed. We will conduct a full investigation and learn from this incident. Thanks for following us and normal service will now resume.

“The breach of the Army’s Twitter and YouTube accounts that occurred earlier today has been resolved and an investigation is underway. The Army takes information security extremely seriously and until their investigation is complete it would be inappropriate to comment further,” the UK Ministry of Defence Press Office tweeted later.

It remains unclear as to who is behind the latest crypto scam involving the British Army.

However, Twitter users were quick to notice the scam and expressed their shock over the security breach.

While one Twitter user mocked: “Groundbreaking cyber security from the British Army…..”, another one joked: “Does this mean the defence of the realm is currently in the hands of a made-up monkey with goggles on or something?”

One social media user wrote: “Didn’t have “the actual British Army gets its twitter account hacked by NFT scammers” on the bingo card this week, I have to admit.”