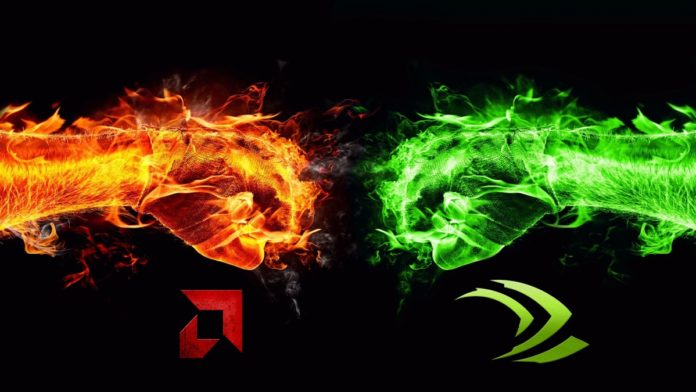 NVIDIA on Monday announced its preliminary financial results for the second quarter ending July 31, 2022. According to preliminary numbers released by the company, it looks like the chip maker has lost over a billion dollars in the first half of 2022, compared to the same time period last year.

On the other hand, NVIDIA’s rival AMD saw its gaming business grow by over a billion dollars. In simpler words, it appears that NVIDIA’s loss has been AMD’s gain.

The company reported $2.04 billion in gaming revenue for the first half of 2022, down from the $3.06 billion it made in 2021. That’s a massive 33 percent loss in NVIDIA’s revenues from the sales of graphics cards for gaming.

“Our gaming product sell-through projections declined significantly as the quarter progressed. As we expect the macroeconomic conditions affecting sell-through to continue, we took actions with our Gaming partners to adjust channel prices and inventory,” said Jensen Huang, founder and CEO of NVIDIA in the news release.

“NVIDIA has excellent products and position driving large and growing markets. As we navigate these challenges, we remain focused on the once-in-a-generation opportunity to reinvent computing for the era of AI.”

On the positive side, Nvidia’s second-quarter data center revenue was $3.8 billion, up 1% from the first quarter and up 61% from the prior-year period.

While Data Center revenue hit a record, it fell short of estimates due to supply disruptions. The company said it took second-quarter charges of approximately $1.32 billion primarily for inventory and related reserves, based on revised expectations of future demand.

“The significant charges incurred in the quarter reflect previous long-term purchase commitments we made during a time of severe component shortages and our current expectation of ongoing macroeconomic uncertainty,” said Colette Kress, EVP and CFO of NVIDIA.

“We believe our long-term gross margin profile is intact. We have slowed operating expense growth, balancing investments for long-term growth while managing near-term profitability. We plan to continue stock buybacks as we foresee strong cash generation and future growth.”

While NVIDIA blamed “component shortages” and “ongoing macroeconomic uncertainty” as the reasons for the concerning downturn, these factors seemed to have no effect on AMD.

According to AMD’s financial report, the company’s revenue was $6.6 billion for Q2 2022, of which $1.7 billion came from gaming. The gaming sector is now AMD’s second-biggest cash flow source after computer processors, which earned $2.2 billion.

“We delivered our eighth-straight quarter of record revenue based on our strong execution and expanded product portfolio. We see continued growth in the back half of the year highlighted by our next-generation 5nm product shipments,” Lisa Su, CEO of AMD, said in the earnings report.

The GTX 1060 is still the most common GPU in gaming computers around the world.

While NVIDIA’s GPUs continue to rule the high-end GPU market, its graphics cards come at a huge price making AMD’s products an automatic choice for budget gaming developers, thereby increasing the company’s revenue. Also, another factor that has contributed to AMD’s continued increase in revenue is the use of AMD GPUs in Sony’s PlayStation 5 and Microsoft’s Xbox Series gaming consoles, which has seen increased sales from 2021.