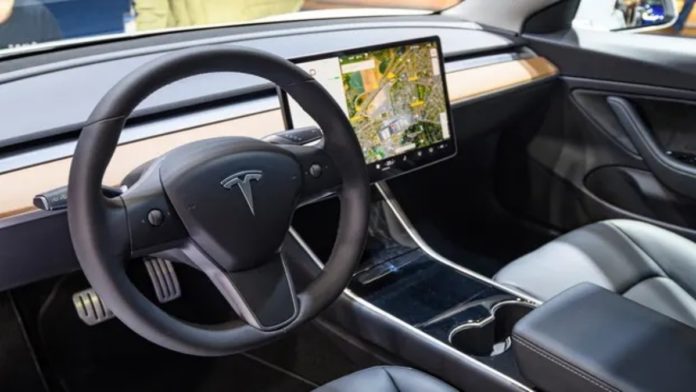 A Tesla Model 3 owner on Friday sued Elon Musk-owned Tesla in a proposed class-action lawsuit in the U.S. over a phantom braking problem that the lawsuit claims turns “what is supposed to be a safety feature into a frightening and dangerous nightmare.”

For the unversed, Phantom braking occurs when an advanced driver assistance system (ADAS), or a self-driving system, applies the brakes for no good reason. The system can be falsely detecting what it thinks might be an object on the road or anticipates a collision that won’t actually happen and brakes in an attempt to avoid it.

The lawsuit, which was filed by Jose Alvarez Toledo of San Francisco in Federal Court in the Northern District of California, insisted that Tesla rushed its autonomous driving cars to market with unsafe technology, including its driver assistant system which the company calls Autopilot or Full Self-Driving, and its emergency braking system. It also accused the electric carmaker of knowingly selling defective vehicles to customers.

In the complaint, Toledo alleged that there are “hundreds of thousands” of Tesla customers that could seek to join his proposed class action suit against the company.

“Many Tesla owners have reported significant, unexpected slow-downs and stops due to the false engagement of their Class Vehicle’s braking systems, even though no objects were nearby,” the lawsuit reads.

“When the Sudden Unintended Braking Defect Occurs, they turn what is supposed to be a safety feature into a frightening and dangerous nightmare.”

According to the complaint, ever since Toledo took the delivery of his new Tesla Model 3 in January 2021, he has experienced the Sudden Unintended Braking Defect several times. In two instances, the vehicle even abruptly employed the brakes and reduced his speed by about half.

The complaint further adds the malfunction that “suddenly and unexpectedly (causes the vehicle to) come to a stop in the middle of the road” should be covered by Tesla’s Basic Warranty, which manages maintenance and repairs for four years or 50,000 mile

The lawsuit is seeking class-action status for all U.S. owners or leasors of a Tesla that are affected by the sudden unintended braking defect. It is also seeking compensatory and punitive damages for owners to cover repair vehicles, diminished value of their Tesla cars, and a refund of the added cost attributed to the Autopilot feature.

The lawsuit states that Tesla knew about the defect from, “among other things, pre-production testing, consumer complaints, warranty data, dealership repair orders, and NHTSA investigations,” but has not initiated a recall of its vehicles to address the alleged issue or provided Toledo with a repair or suitable replacement.

“These costs are significant, and no reasonable consumer expects to incur such costs,” the lawsuit said.

In February this year, the National Highway Traffic Safety Administration (NHTSA) began investigating unintentional brake activation in 2021 and 2022 Tesla Model 3 and Model Y vehicles after receiving 354 complaints from affected Tesla owners. This complaint tally increased to 758 in May 2022 when the agency sent a 14-page “request for information” letter to the electric carmaker.

Additionally, the NHTSA’s Office of Defects Investigation (ODI) opened a “preliminary evaluation”, which is the phase before the agency could issue a formal recall, into 416,000 Tesla vehicles over reports of unexpected brake activation tied to Autopilot.