For the past few years, Google has been trying everything possible to convert regular YouTube users into YouTube Premium subscribers.

Sadly removing ads, background playback, and offering youtube music for free is not doing the trick. 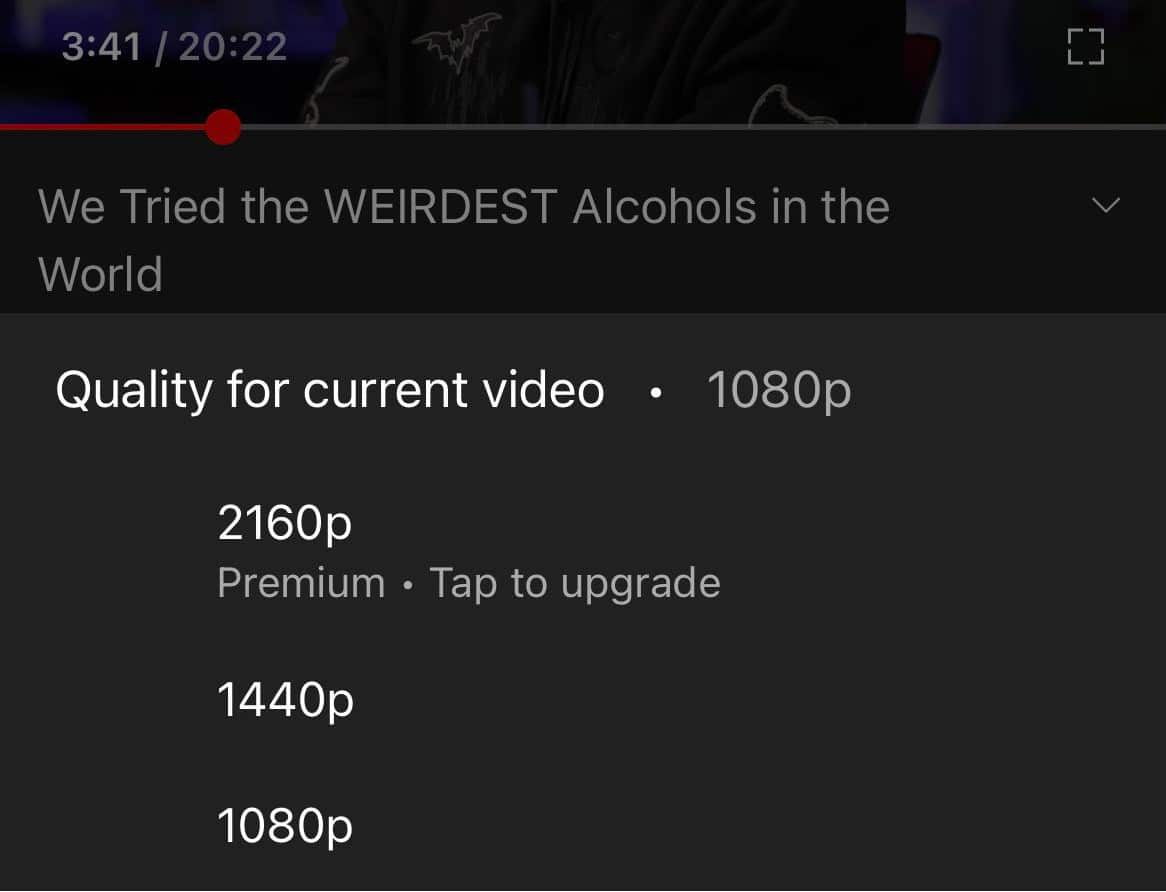 As you can see in the screenshot shared above, there’s a tap-to-upgrade button below 2160p quality on the YouTube app for iPhone.

This screenshot was shared by Redditor u/Ihatesmokealarms and at the time of writing this article, the Reddit post has over 9K upvotes.

Several users on the thread confirmed that they have received a similar  “Tap to upgrade link” on their devices.

It seems that Google is just testing out this new feature to see the reaction of people.

Clearly, people won’t be happy with this decision. Let us know your thoughts on our socials.