TechWorm
Home Explanatory
Facebook
Twitter
Pinterest
WhatsApp
Greetings of the day!!
Well, I am not a regular blogger …. Truly speaking I have never written a single blog ever  … I am an IT engineer by profession and a teacher by interest. But still decided to pen down my first blog on Techworm, not on any astounding invention that is currently taking place in any field rather on an astounding technology which is a soul of each and every enterprise or business today and find its own way to become an indispensable part of every organization as it served the basic need of every organization i.e demand of information as quickly and as accurate as possible. And it is none other than a Database System. 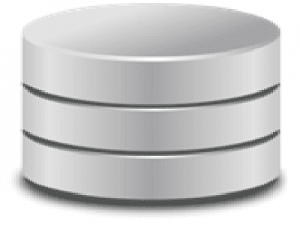 Several factors accelerated its growth. Globalization and competitive pressure made industries realize that only accurate and quick business information are only key to their success and survival. They realized manual file and record management system could never meet this growing need.
And in 1960’s with the advent of computer system brought a ray of hope when manual file systems were replaced with the computer file system. This marked a significant leap in the way data was stored and retrieved for business operations.
From 1970’s onward it witnessed explosive growth in two areas. The first demand of information in every organization had escalated to another higher level and by the time computing technology improved so much that it could handle a large amount of data in terms of storage capacity and speed, and proved its reliability.  The escalating demand for information and the explosive growth in information technology have worked for hand in hand to bring about the evolution to database systems. Processors became faster, cheaper, and smaller. Operating systems became powerful and robust. Data storage media expanded tremendously incapacity; data storage prices have tumbled. Network and communication technology can now connect any remote site without difficulty. Application programming and the people-machine interface improved dramatically.
However basic file system met the organizational objective but still lacked on some major fronts. Data redundancy and inconsistency were major drawbacks of earlier file-based database systems. Applications based on the file-based system could not adapt to changing business requirements and become inflexible. Data sharing and data integration between applications was still a headache for developers and users.

With these limitations, companies could not meet the requirements of increased demand for information. They needed a different approach to storing, retrieving, and managing data. They could not afford productivity losses. They could not waste time and space because of data duplication in file-oriented systems. Specialists at Rockwell and General Electric began to work on better methods for managing data. And it was Mr. Charles W. Bachman working in General Electric Low Voltage Switch Gear Department in Philadelphia built the first functioning prototype of a database management system named Integrated Data Store (IDS). He won the ACM’s Turing Award for the accomplishment. He was the first Turing Award winner without a Ph.D., the first with a background in engineering rather than science, and the first to spend his entire career in the industry rather than academia. 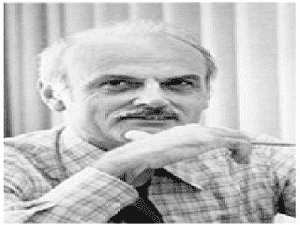 Where navigational database systems like IDS kept foundation stone of improved database system in mid-sixties, it is the relational database (RDBMS) in seventies, which brought a revolution to database technology and IBM proved pioneer in this with Edgar F. Codd.
Along with the rise in Object-Oriented programming in eighties concept of Object-Oriented Database evolved which translates well between programmed object and database table. Now a day’s emphasis is on NoSQL databases like MongoDB, memcached, Redis, CouchDB, Hazelcast, Apache Cassandra and HBase to name a few.