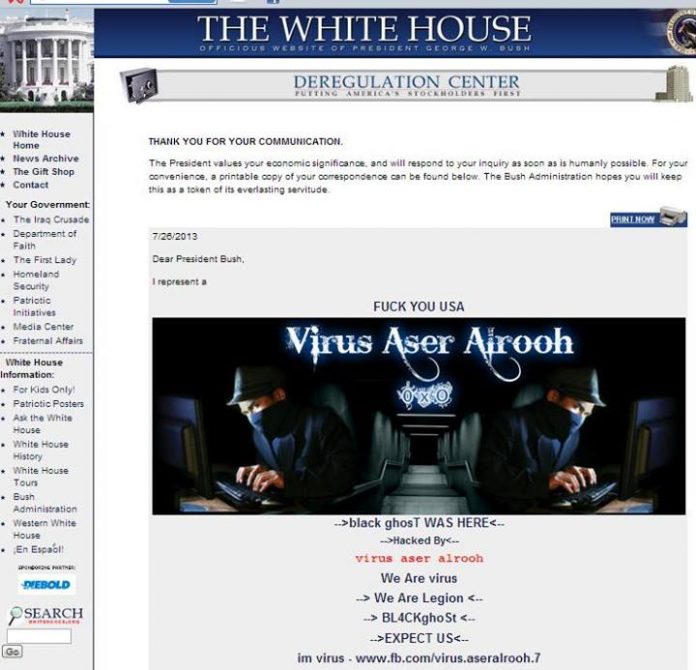 The cross site script used by the hacker is Non-persistant XSS. and can be seen from the link provided here. The XSS used here allows the hacker to display a Image including a message.

Message displayed on the website, can be seen below:

corporation in the industry. Maybe you’ve heard of it; it’s one of several concerns in which your holds worth of stock. In the previous fiscal year, our company was responsible for generating over new . That’s a record we’re proud of. And that’s why we’re asking for your . Specifically, we’d appreciate your taking the time to the myriad government regulations our corporate and continued . As a former , you know the importance of . And that’s all we from you now.
I speak for my entire Board of Directors when I tell you that we are grateful and relieved to finally have a such as yourself in the Oval Office. And we’re hopeful you’ll give sincere consideration to our .
On a more personal note, you might remember me from . Wasn’t that a grand time? I thought I’d never kick that — but I did! It just goes to show, you should never underestimate the power of !
Sincerely,
P.S. Go, !
Most of the time people dont take Non-Persistant XSS seriously. but, let me warn all of you, it may get you under phishing Attack, or sometimes people can easily share their data just thinking that the displayed characters are from the website it self.