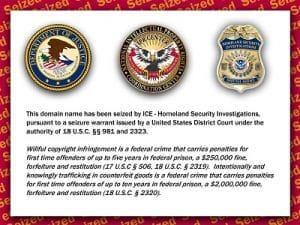 Website of The famous grey hat hacker J?ST?R was seized by feds today.
J?ST?R, Hacker going with twitter handle @th3j35t3r. responsible for Dos attacks on wiki leaks, Iranian President Mahmoud Ahmadinejad websites , and Islamist websites. he also claims To have created the script, XerXeS which he used to run Dos attack over the websites.
The hacker was running his website https://jesterscourt.cc/ Domain registered on Name of Jack Bauer. well that ofcourse is not his real name.
The website was seized by The feds today. And the website shows the notice by ICE – Home Security Investigation seizure.
The servers of the domain has been updated with servers:
NS1.SEIZEDSERVERS.COM
NS2.SEIZEDSERVERS.COM

Since the hacker stated that he was a former soldier of U.S and calls himself as U.S Patriotic. The site was pretty popular In united states and other countries.