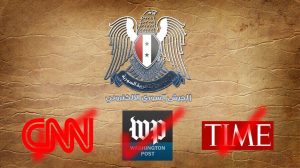 Syrian Electronic Army Hacked the Outbrain today Resulting in the Hack of CNN, Washington post, The New York Times, all at a time.

Outbrain is a content recommendation service whose widget offers to help internet publishers increase web traffic at their websites, it does so by presenting them with links to Article and other contents.
Outbrain is used by more than 1,00,000 blogs including USA Today, Boston Globe, Washington Post, Daily Beast, New York Observer, Slate, The Street, Elle, Hollywood Reporter, CNN, Fox News, Hachette Filipacchi Media, Mashable, MSNBC  and the Guardian.

What Syrian Electronic Army did was that they Some how hacked into the Admin panel Of Outbrain and changed the parameters used by CNN, Washington post, The New York Times in their widgets as ‘Hacked by SEA’

Screenshot of Admin panel of Outbrain, shows they were still using the outdated wordpress version:

At the time of writing the Article, Outbrain  restored all the effected website. and the websites were back to normal.
2 days ago, Syrian Electronic Army hacked Social Flow, a leading Social media optimization platform and got access to The New York Post Facebook and Twitter Accounts.
Syrian Electronic Army leaders had already said they are not going to stop.
Also Read An exclusive Interview with Syrian Electronic Army on Techworm
Don’t be a silent user let us know what do you think about it in comments below 🙂