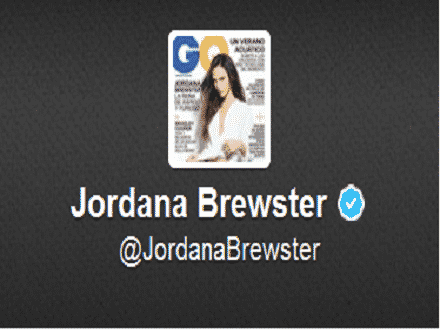 One of the tweet from the Actress profile confirms that her profile was hacked, Although all the spammy tweets that were tweeted while her Account was compromised have been removed.


please ignore tweets ( except for this one) my account seems to have been hacked
— Jordana Brewster (@JordanaBrewster) August 5, 2013

This is not the first time that cyber criminals have targeted  the profile of any renowned Actor or Actress. Most of the time they find their account compromised under phishing attack.