You all must have heard of Palestine Elite Force, well they were in the story few days back when they hacked and defaced Google palestine

Today they leaked database from Russian Republic Bank, well we still don’t know if they got it themselves or simply copied it from someone else. and that is because few hours before they posted the leaked data, same data was posted by Other hacker team Xhàcker TN, the difference in data leak was more than 1 hours, with Xhàcker TN leaking it before Palestine Elite Force.

Here are some of the screenshots that can show the time difference: 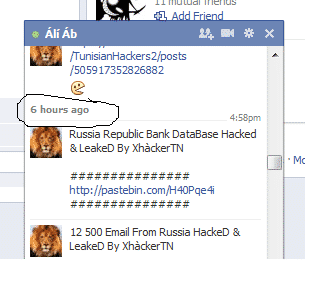 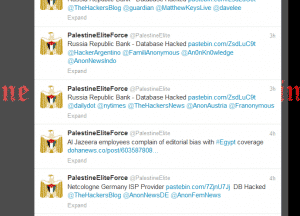 In fact both the leak were having difference of more than 3 hours, till now we dont have any thing to do with this, but they thought of some thing else.

Lets have a look at their conversation with Techworm:

Well in fact we did searched for the paste they said was posted by them 3 days back, and google is best way to do that, we copied some lines from their so called old paste and searched it, but we found only the one posted by them today, so that means one of their old paste of some other data was edited by them to show they are Right.

@abhishekmdb You should look better and listen to us or you will feel the pwnage that u deserve! 😉
— PalestineEliteForce (@PalestineElite) September 6, 2013

Techworm is a Private Source website, we write what we see, what is true, we are not Afraid of what you say, your lie will not become truth,, if you try to give threat to us.