In recent series of tweets by Official Syrian Electronic Army twitter Account, SEA have accepted that they were behind the Attack on Barrack’s Obama Campaign website donate.barackobama.com which was redirected to a page on their website sea.sy/indexs/ which was showing a message hacked by SEA.

We accessed many Obama campaign emails accounts to assess his terrorism capabilities. They are quite high #SEA pic.twitter.com/ARgGLX8IjN
— SyrianElectronicArmy (@Official_SEA16) October 28, 2013

In recent Conversation with Mashable they confirmed they have altered the tweets and Facebook Post shared by Official Barack Obama’s Account. The tweets are added up with a video which depicts Graphic Violence and may be very gruesome for your comfort. 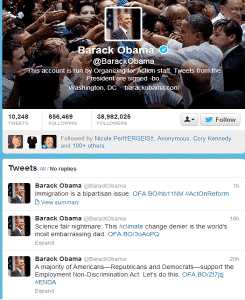 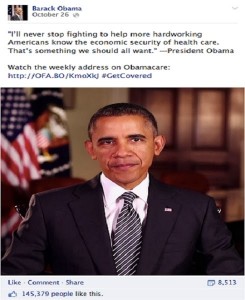 It is still not clear how SEA managed to alter those post, but experts believe SEA have access to URL shortener account which is used by Obama social media Accounts.
One of the email account associated with Obama has also been compromised, a tweet with a screenshot mentioned, screenshot can be seen below, which can probably be associated with the campaign website hacked.

However if you disregard the Twitter warning you are led to the OFA official site at this link.  Now the SEA is poking fun at the President (this was published 6 minutes ago) alongwith the following Tweet

Obama spent so much money ravaging #Syria with terror, he can’t even pay his bills pic.twitter.com/dMEj8uFGGI
— SyrianElectronicArmy (@Official_SEA16) October 28, 2013