TechWorm
Home Announcement
Facebook
Twitter
Pinterest
WhatsApp
The National Security Agency which has come under lot of flak both from US citizens and citizens from other countries since June 2013 after the Snowden leaks has managed to get the last laugh. Today a United States Federal Judge ruled that the NSA’s bulk phone tapping program is legal and doesnt violate the US laws. 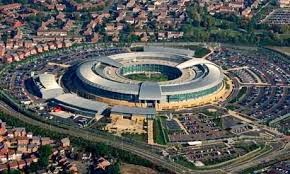 Only last week, the White House Panel constituted to investigate the NSA wiretaps has given a report which found no link between the NSA’s surveillance program and decrease in terror threats.  In fact the Panel members had panned NSA for the illegal wiretaps (now legal) and recommended that the massive collection of phone records be stopped immediately to protect Americans’ privacy. They issued this recommendation upon finding that it was “not essential in preventing attacks.”

Surely today’s US federal court judge ruling comes as a manna from heavens for the beleaguered NSA top honchos (James Clapper and co) who were looking for places to hide after the panel recommendations.   This ruling in favour of the National Security Agency comes courtesy of US District Judge William Pauley, who decided in favour of the NSA just hours earlier,  in a case filed in June, after the Snowden leaks, by the American Civil Liberties Union against Director of National Intelligence James Clapper.
Judge Pauley has admitted has in summary admitted the NSA “vacuums up information about virtually every telephone call to, from, or within the United States,” but ruled that there is exists no substantial evidence that the NSA abuses this program to spy on people without ties to terrorist organisations. Judge Pauley ended the ruling with these words,

“There is no evidence that the government has used any of the bulk telephony metadata it collected for any purpose other than investigating and disrupting terrorist attacks.”

The ACLU had filed this lawsuit earlier in June immediately after it became known that the US government had been regularly compelling telecommunication companies for the basic call records pertaining to millions of Americans.  The ACLU lawsuit stated as follows,

“Because the NSA’s aggregation of metadata constitutes an invasion of privacy and an unreasonable search, it is unconstitutional under the Fourth Amendment. The call-tracking program also violates the First Amendment, because it vacuums up sensitive information about associational and expressive activity.”

Readers are also informed that in a similar lawsuit in District of Columbia, District Judge Richard Leon issued quite a opposite verdict against NSA.  Judge Leon had then ruled that ,

“Because the government can use daily metadata collection to engage in ‘repetitive, surreptitious surveillance of a citizen’s private goings on,’ the NSA database ‘implicated the Fourth Amendment each time a government official monitors it”

whereas in the above case which is called the ACLU v Clapper case, Judge Pauley gave a entirely differing view,

“Whether the Fourth Amendment protects bulk telephony metadata is ultimately a question of reasonableness.”

“represents the government’s counterpunch to al-Qaeda. The government learned from its mistake and adapted to confront a new enemy: a terror network capable of orchestrating attacks across the world. It launched a number of counter-measures, including a bulk telephony metadata collection program — a wide net that could find and isolate gossamer contacts among suspected terrorists in an ocean of seemingly disconnected data,’’

With two decisions against it (White House Panel and Judge Leon) and one in favour (Judge Pauley), the future of NSA’s wire tap program is indeed at a crossroads.  Now it is upto the President himself to decide on the future of the NSA’s bulk phone tapping program.