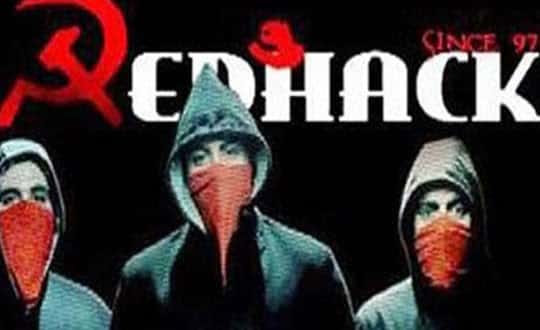 The spokesperson of the renowned Turkish hacker group RedHack is a police informant.  This was confessed by the Hacker having a Twitter handle of @RedHackHaber (RedHack Info) via Twitter on 29th December 2013.  He confessed to taking advantage of his role as a spokesperson of RedHack and being into the inner sanctum of the group.  The Twitter handle has since been deleted. 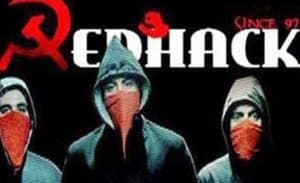 The Hacker confessed on Twitter dated 29.12.2013 that “I have done very bad things in my life. I have undertaken the role of a “spokesperson” without any knowledge about hacking and by learning by heart texts that they sent me… But the fact that I was trying to fool people without having knowledge about hacking attracted the police’s interest.”
He further added that,“[Police] have used me. The police whom I worked for harassed and tried to sell me out. I remained silent with the threat of being killed.”
Though the @RedHackHaber is not official handle of RedHack, members of the hacker community always used to send messages to this handle. RedHack responded immediately to this Tweet and cut all ties with the Anonymous spokesperson.   They then released a tweet
“The person who used the account RedHackHaber has entered in wrong calculations and has not abandoned it despite all our efforts. This is why all our contact with that person has been cut and nothing he will say from now on will engage RedHack.”  The group addressed the issue with a Tweet saying, “It would be known that we have many spokespersons. We will not harbour those who learn by heart what we write and become occupied with women + position + popularity,” it went on to add “The information that he will give about us that could reveal people can only hurt our struggle. This is our warning to him. Even if he says one word that can put one of our comrades’ life and security at risk, he and those with whom he acts are the sole ones responsible.”
RedHack has forefront in hacking number of Turkish Government websites in past few months.  Only last month it had hacked the website of Ministry of Finance and Interior and Religious Affairs Directorate.  The attacks were carried out against the perceived abuses and injustice by the Turkish Government.
The spokesperson meanwhile was ranting and raving about how a Islamic Scholar by name of Fethullah Gulen used him.  Gulen in connected to the Turkish Interior Ministry and has many friends in the police force
‘Gülen Movement tried to use me The [Gülen] Movement tried to use me inside RedHack, but RedHack found it out. I’m making my apologies as a spokesperson,”  the spokesperson said in another Tweet. “If RedHack had not acted vigilantly both the [Gülen] Movement and the [ruling Justice and Development Party – AKP] forces would earn huge gains,” he added.
It is worth noting that the Turkish Police was enjoying some success against the RedHack group since last year by bringing several key members into custody.  The Gendarmerie as the Turkish Police is known, had in May 2013 arrested its own officer Utku Kal?, for providing secret intelligence about the May 11 Reyhanl? bombings to the hacker group.  The authorities has also brought up charges against Taylan Kulaço?lu, accusing him of being RedHack’s leader nicknamed “Manyak” (Maniac) last month.  RedHack had subsequently, categorically denied any links with him.  Seems that there is much more then what meets the eye.