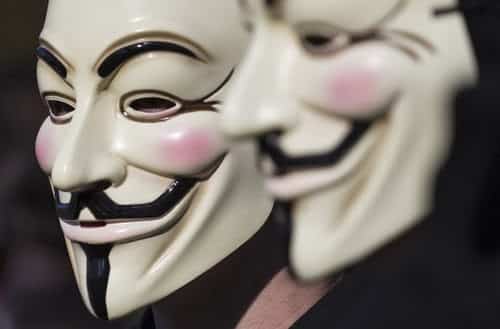 Some symbols are just more important than others, they have a meaning that is recognized world wide.

One of these easily identifiable symbols is the Guy Fawkes mask used by Anonymous hacktivists both to conceal their identities and to inspire curiosity and respect from outsiders. This symbol is borrowed, changed and used in various ways and the hackers of Anonymous are generally not concerned, but one usage of the mask in particular has Anonymous members angry and outraged.


Travis Doering, a Canadian producer and casting agent based in Vancouver, has angered Anonymous in part through his association with a movie called “Hacked: Illusion of Security”. The picture associated with the movie on imdb features a Guy Fawkes mask, but Travis himself seems to have no love for the global hacking collective.

In an interview with the Vancouver Observer to promote his the current project, a TV show called “Hacked” in April of 2012, Travis gave some insight into his “association” with Anonymous:

“I then began working with a penetration tester who I met in the IRC and using what we learned from the Anonymous IRC channel we warned potential targets and offered our services to fix vulnerabilities that Anonymous had discovered.”

So while Travis implies to some that he was a member of Anonymous it seems that he was in fact spying on the participants of their chat (an act that would make one a “snitch” in hacker circles) and informing companies that they were being hacked. It is unclear whether Travis made money by engaging in this behavior, but what is certain is that it is much easier for administrators to detect and identify hackers if they have forewarning of attacks, it is unknown whether any arrests resulted from Doering’s action, but it is a distinct possibility.

Anonymous responded to these previously unnoticed connections by publishing a paste which outlined their grievances with the producer, who responded on Twitter from his account @hackfilm  to say that he believed he was morally justified in his dealings with Anonymous.

Since 2012 Travis has consulted on hacking for popular Canadian time travel Sci-Fi series Continuum, the James Bond movie Skyfall and has worked on a number of other projects including a planned documentary about whistleblower Edward Snowden that has since been cancelled. It could be said to be ironic given Travis’ history with Anonymous that he chose a man who is facing prison for breaking security and taking data to make a documentary about.

Perhaps hacker culture anthropologist Gabriella Coleman summed up the humorousness of the situation best on twitter when she wryly observed that perhaps “what someone needs to do is make a movie on this white hat doing a film on blackhat hacktivists”.
(Admin Notes: This Article is a guest post from an Unknown Source)