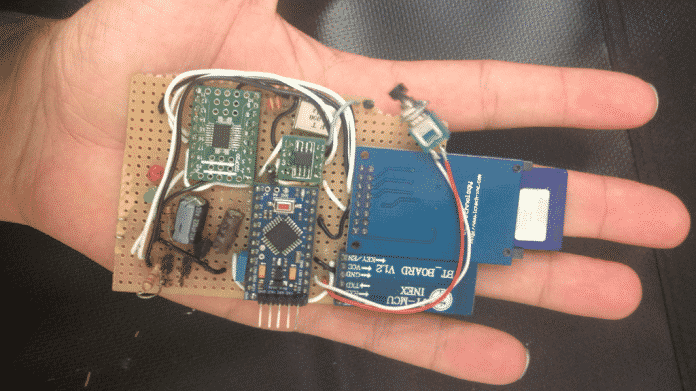 Imagine you are cruising at 80 mph in your Mercedes ‘S’ Class and enjoying your drive and suddenly your car breaks are applied remotely.  Imagine all the horror that will ensue if this happen on a Freeway.  For years now car manufacturers have been disregarding the threat faced from hackers to their cars and trucks which are increasing microprocessor controlled and networked.  The car manufacturers say that their network systems have built in fail safe standards against rogue wireless intrusions a.k.a hacking. 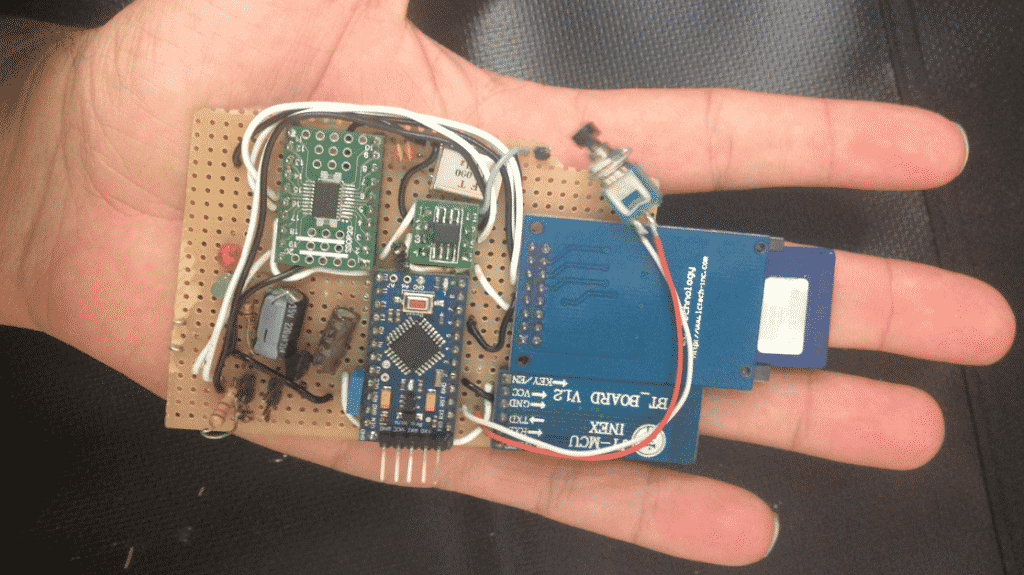 But two Spanish security researchers are now hell bent on proving the car manufacturers wrong.  The two researchers, Javier Vazquez-Vidal and Alberto Garcia Illera have come up with a pint size (image as shown above) which they stay can give hackers all the controls of the car they want.   The two researchers intend to present it to the audience at the Black Hat Asia security conference in Singapore next month
Vidal and Illera said that they have build this gizmo which is roughly three fourths the size of iPhone 5 with a total cost of $20 only.  It can be physically connected via four wires to a car’s internal network to inject malicious commands.  Once connected, it pretty much controls everything in the car from wipers, windows, headlights to breaks. Vidal and Illera say that this gizmo which they have named CAN Hacking Tool can connect to the all important Controller Area Network or the CAN bus of a vehicle. It uses the power of the car’s electrical system and can relay wireless commands sent remotely from an would be hackers computer.

“It can take five minutes or less to hook it up and then walk away,” says Vazquez Vidal, who works as a automobile IT security consultant in Germany. “We could wait one minute or one year, and then trigger it to do whatever we have programmed it to do.”

By showcasing it at the Black Hat Asia Security Conference, Vidal and Illera hope to bring this very possible risk the cars, trucks and buses faces to the notice of the big manufactures like Toyota, Mercedes, Ford etc.  Thus far the car manufacturers have brushed aside any informations regarding car hackings by saying it is next to impossible to hack a car.  Vidal and Illera are hoping to prove them just so wrong !