TechWorm
Home Anonymous
Facebook
Twitter
Pinterest
WhatsApp
A Twitter handle YourAnonNews is at a centre of dispute amongst the Anonymous brethren.  Its actually a dispute over missing $54,000.00 (£32,000.00/Rs.32,40,000.00).  This amount collected by the Anonymous through Indiegogo funding has led to a dispute over who actually controls of the central news feed run for Anonymous hacktivists. 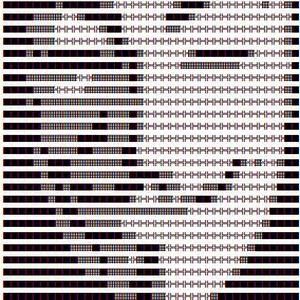 In 2013, Anonymous managed to raise more than $54,000.00 via Indiegogo funding site to turn the YourAnonNews Twitter account into a rolling news service announcing various news and reports of Anonymous hacktivists. Since it has come into being, the YourAnonNews Twitter account has been the premier handler of news and information decimation about the Anonymous movement and its associated protests or “ops” are shared. The Twitter account is quite popular and currently has more than 1.2 million followers. It is this popularity that made the indiegogo campaign a success and drew many others to the Anonymous group.
A Pastebin paste here which gives out the wheeling dealings behind the funding and its allocations or rather alleged misallocations according the Paster AOPS.   But from the going ons it seems pretty clear that something is amiss within the hacktivist group.  The row has even led to some founding contributors to YourAnonNews being kicked off its controlling board.
The paste allegedly states that a lot of merchandise which was bought to help support the Twitter feed had not even been sent to the customers.  The items which were purchased are as follows :

The hacktivists  ran a separate small scale funding drive to raise $9,000 so the merchandise listed above could be sent to customers. However the paste alleges that none of the above was ever sent to the customers.  Out of the $54000 funding received via Indiegogo website, only $14000 had been actually accounted for and remain $30000 remains unaccounted as per the statement posted on YourAnonNews website

“By all accounts it is agreed about $30k is missing,”

The investigation into the missing money has led to Christopher Banks, one of the founding members of YourAnonNews being cut off from the main Twitter account. Based in Denver, Mr Banks has reportedly refused many times to explain what happened to the missing Indiegogo cash he was instrumental in raising and administering.  As of now the paste is trending on pastebin and Anonymous have not clarified the matter.