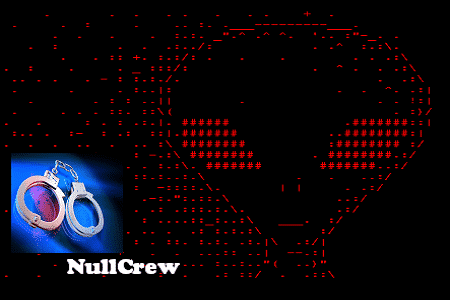 Timothy Justin French, aged 20, is allegedly associated with the hacker group “NullCrew,” who have claimed responsibility for dozens of high-profile computer attacks against corporations, educational institutions, and government agencies including the cyber attack against the World Health Organization (WHO) and Public Broadcasting Service (PBS) in 2012.

Justin who also uses the online alias “Orbit,” “@Orbit,” “@Orbit_g1rl,” “crysis,” “rootcrysis,” and “c0rps3,” was arrested by FBI agents at his home in Morristown, Tenn., East of Knoxville, last Wednesday. He has been charged with conspiracy to commit computer fraud and abuse in a criminal complaint and he will be facing prosecution in U.S. District Court in Chicago.

According to the complaint affidavit, NullCrew has used Twitter accounts to announce dozens of attacks against various victims, including the websites of two organizations in July 2012 and eight computer servers belonging to a large company in September 2012 where they also leaked the usernames and passwords from these organizations. In November 2012, NullCrew announced an attack on a foreign government’s ministry of defence and leaked more than 3000 usernames, emails and passwords of the members and personnel of the defence ministry.

The FBI had been working with a confidential witness, who was invited to join online chats with members of NullCrew through Skype, Twitter, and CryptoCat, The chats included the look back at old hacks, computer vulnerabilities which can be exploited and planning for new targets and more leaks.

The complaint charges French with involvement in five cyber attacks launched by NullCrew: a July 19, 2013, attack on University A, a large public university; a Feb. 1, 2014, attack on Company A, a large Canadian telecommunications company; attacks in early 2014 against University B and California-based Company B, both announced by NullCrew on April 20, 2014 as part of a series of hacking attacks; and an attack against Company C, a large mass media communications company, that NullCrew announced on Feb. 5, 2014.

During the investigation one of the IP address which was used by the alias, Orbit was found to be assigned to French’s Morristown, Tenn., address belonging to Timothy.  If convicted Timothy may face upto 10 years in prison and a $250,000 fine.