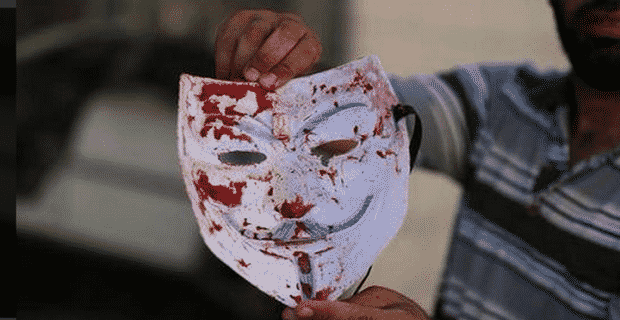 Anonymous Member Taleb Abu Shehada was killed in West Bank while he was wearing the Guy Fawkes mask, a signature Anonymous tag.  The initial  reports suggests that Taleb was throwing stones at Israeli forces from a distance of 100 meters when he was shot dead.

Soon after the incident was reported, Anonymous members around the globe showed their anger on the social media platform Twitter, A Photograph of a man throwing stones while he is wearing Guy Fawkes mask and one other of the Mask with Blood shades and a bullet hole just below the eye. was circulated by several Anonymous affiliated twitter accounts to show their solidarity. 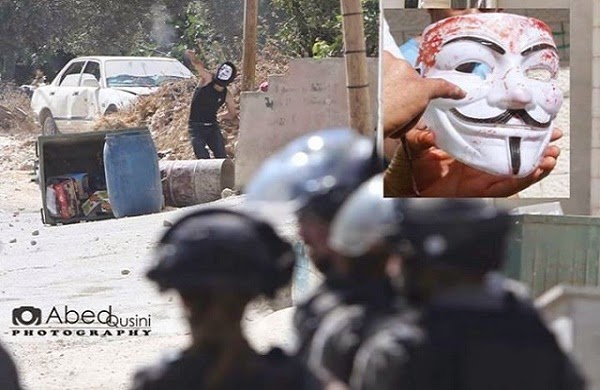 The attack was announced on Twitter by a Anonymous affiliated hacktivist AnonymousGlobo.

Most of the websites were down till Monday morning however now they seem to limping back to normalcy. Readers may remember that  hactivist groups including AnonGhost is already running a cyber attack over Israeli cyber space dubbed under #OpIsrael, #OpSaveGaza and has defaced thousands of Israeli websites in addition to bringing down Egyptian Government websites for supporting Israel.