TechWorm
Home Privacy
Facebook
Twitter
Pinterest
WhatsApp
How would you like your personal images taken infinite confidence for your partners eyes only are being seen and passed over to other employees of NSA.  In a shocking revelation, 31-year-old former US National Security Agency (NSA) contractor Edward Snowden has warned that during the global surveillance programs initiated by NSA, the NSA system administrators also intercepted and routinely passed the personal photos of people in “sexually compromising” situations among other NSA employees. 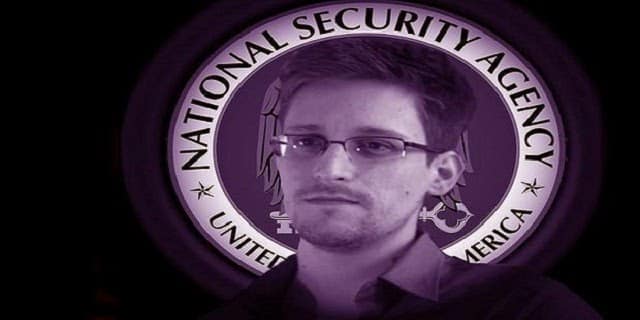 The situation is similar to what you receive on your FB or WhatsApp/SnapChat chat.  When you find a good image, you often forward it to your friends.  Only in this case the images procured by the NSA were illegal and taken without the knowledge of the victims.  Passing such images which were often poses of victims compromising positions to other individuals is beyond morality and comprehension.
Snowden made this relevation in a video interview with the Guardian editor-in-chief Alan Rusbridger and reporter Ewen MacAskill in Moscow, which was then published by the Guardian on Thursday.  As per Edward Snowden, NSA employees regularly pass around intimate NSFW images that are intercepted, along with endless amounts of other data, as part of the US government’s vast surveillance efforts.
Snowden made the claims during a seven-hour interview with The Guardian.  In the interview when he was asked about specific instances of power abuse he’d observed during his time as an NSA contractor. “You’ve got young enlisted guys, 18 to 22 years old. They’ve suddenly been thrust into a position of extraordinary responsibility where they now have access to all of your private records.
“THESE ARE SEEN AS SORT OF THE FRINGE BENEFITS OF SURVEILLANCE POSITIONS.”
Snowden told the interviewers that these individuals often “stumble across something that is completely unrelated to their work” — like a personal photo of someone in “a sexually compromising situation.” If the subject proves attractive enough, these workers are all too eager to let others in on the fun. “So what do they do? They turn around in their chair and they show their coworker.” That sets off a chain where the most raw and private types of content — assumed to be part of a private conversation — become water cooler topics at NSA HQ. “Sooner or later, this person’s whole life has been seen by all these people. It’s never reported. Nobody ever knows about it because the auditing of these systems is incredibly weak.”
That NSA snoops on private individuals under the garb of national security is now well known but to deny the above allegations from Snowden, the NSA honchos will have build a huge cover up story to cover their employees misadventures. Because it would be impossible to deny the sexting part of the surveillance as it was done in private and there no security checks or an audit program in place.