TechWorm
Home Google
Facebook
Twitter
Pinterest
WhatsApp
Is it only me?  This was the question most of the users using Google Image Search were found asking themselves after Google Image Search threw up images of a Russian car accident even if the users put a random query.  For example if you even put a very generic term ‘Puppy’ in the Image Search Window it threw up images of the Puppies and Russian Car accident in a random manner.  This can be seen from the image below. 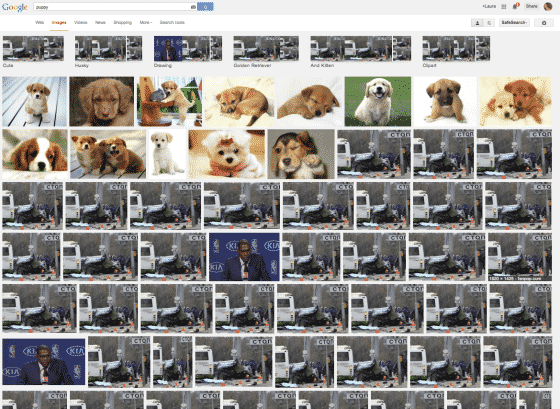 This one, below, is the result of a search for the word “cars.”

Not only Image Search even News Search through up news stories but with the image of the Russian Car Accident. You’ll also find the picture replacing all of the images on a random news search, such as this one, for “Jalopnik”:
This prompted many users to think that Google Image Search had been hacked.  Tech forums and tech websites were filled with queries of Google being hacked.

Has Google Images seriously been hacked for over 5 hours now?? This is getting kind of ridiculous pic.twitter.com/5V565XObYA
— Nora Gilmartin (@LesVivants) August 26, 2014

A Redditter, deadangless, posted a thread on Reddit to confirm the same but surprisingly not all users seemed to face the problem.  Users from Belgium, UK, India, Australia and many more countries did not report any problem. 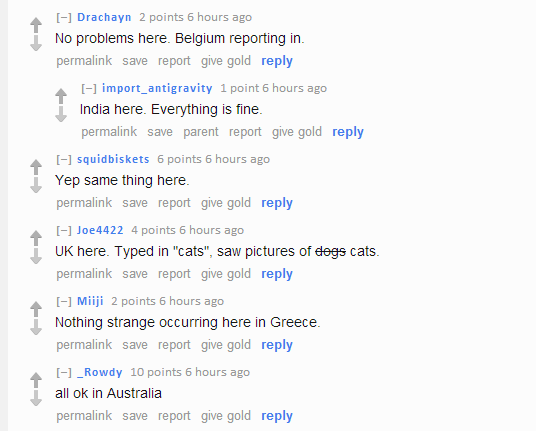 Users on Googles own Product Forums trace the image to an Ukrainian car wreck originating from a Ukraninian website. The website and the news story seems legit so it can be deduced that Google images servers suffered some kind glitch.  All in all only North and South America seemed to be affected by this glitch. However Google has not officially commented on this issue.