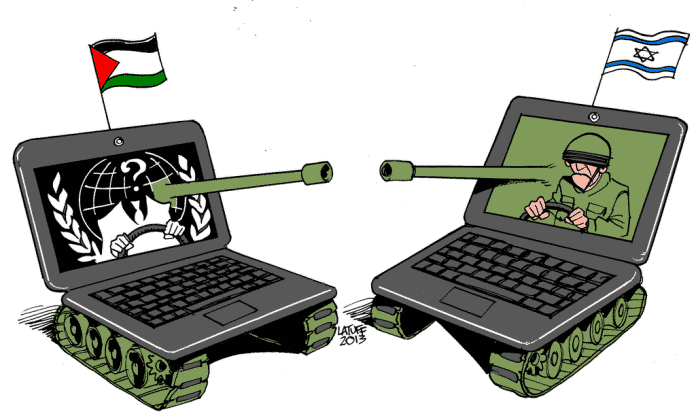 The Hacktivist collective, ‘Anonymous’ has brought down several Israeli Government websites in retaliation to Israel’s continuing invasion of Gaza.

Israel Defense Forces, Official Government portal, website of Israeli’s ministry of Finance,  Bank of Jerusalem, the Embassy of Israel to the United States, I.A.A. – Israeli Airports Authority, the Central Bureau of Statistics and Israeli Immigration, Bank of Israel, the Israeli PM’s Office and dozens of other Government websites were among the targets.

How Long the Attack lasted:

The cyber attack which started on Sunday morning may not be ending soon. While Cyber attacks over websites belonging to Israeli government and businesses is nothing new and is day to day target of hackers from around the world who have joined the #OpSaveGaza initiative, it is very difficult to say who among the participants are still running their DDOS tool/script. However some of the websites looks to be returning back to normal but majority is still down.

Hackers including Anonymous and several other groups announced #OpSaveGaza at the beginning of Israel’s invasion over the Gaza (Operation Protective Edge ).  The hacking attacks received further boost when a Palestinian man was shot dead while wearing a Guy Fawkes mask (Anonymous trademark mask).

During the period thousands of Israel websites have been hacked and defaced followed by database leaks and DDoSing of important Government/organisational websites of Israel.

While this is not the first time but this may not be the last time when hackers targeted Israeli Government websites. looking back to the history of cyber attacks over Israel it can be easily determined that Israeli cyber space is the most targeted and hated by the hackers.