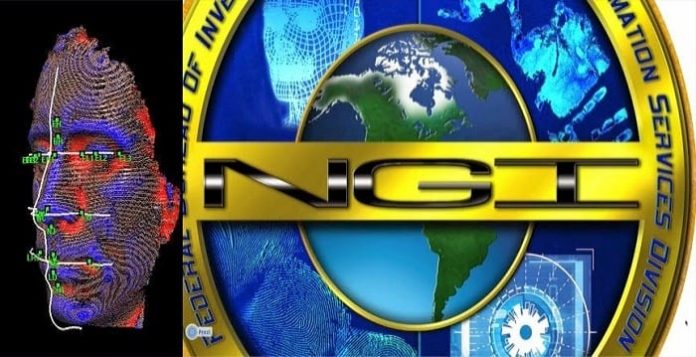 The Federal Bureau of Investigation (FBI) announced on Monday that they have achieved full operational capability in the Next Generation Identification (NGI) System.

The Next Generation Identification (NGI) is a new system developed by FBI, which features the facial recognition system, will help the FBI and other law enforcement agencies in investigations in criminal cases. The NGI entails complete build up of  the FACIAL features a person which will then make the task of hunting them down easy for the enforcement agencies.

The project which started its first phase, 4 years ago,  took over one billion dollars of US tax payers money in development, is expected to have as many as 52 million faces to its database by the end of 2014.

Not only criminals, but also Civilian images with non criminal records,

The NGI or FBI’s new facial recognition system’s database will be capable of processing 55,000 direct photo enrollments daily and of conducting tens of thousands of searches every day.  In addition to 46 million criminal images NGI will also include 4.3 million civilian images to its database.  The NGI database will therefore contain images that will of both Criminal and Non-Criminal  nature.

For instance if you apply for a job that requires your fingerprints, biometric scan or some sort of background check, you may need to submit a photo.  This photograph submitted by you will ultimately end up being added up to FBI’s facial recognition database.

Its not just a Facial recognition Database,

In addition to the Facial recognition system the FBI’s NGI team is also introducing two new features to it. Rap Back and the Interstate Photo System (IPS). Rap Back is a functionality that enables authorized entities the ability to receive ongoing status notifications of any criminal history reported on individuals holding positions of trust, such as school teachers. Law enforcement agencies, probation and parole offices, and other criminal justice entities.  This according to FBI, will also greatly improve their investigative effectiveness as they will be advised of any subsequent criminal activity of persons under investigation or supervision. The IPS facial recognition service will provide the nation’s law enforcement community with an investigative tool that provides an instant image-searching capability of photographs associated with criminal identities. This effort is a significant step forward for the criminal justice community in utilizing biometrics as an investigative enabler. The FBI Stated in its press release.

The controversial Interstate Photo System (IPS), has been labeled as a ineffective tool by few experts from the industry. The IPS feature which provides an image-searching capability of photographs associated with criminal identities consists of everything from tattoos to scars to a person’s irises. However, as of now, its success rate is limited to 85%.  As of now it returns a list of 50 suspects for every given face,  Another reason for this low success rate may be that most surveillance cameras have pretty low resolutions.

Since the NSA mass surveillance program leaks, people are becoming more concerned about their privacy, especially the US citizens and rights activists, and now with the FBI’s Facial recognition system this will only worsen the scenario.