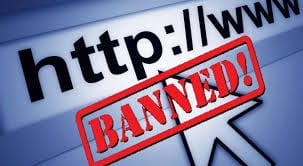 Following orders from the High Court, six ISPs in Britain are blocking access to a few torrent sites. But users in England report that BT has gone above and beyond the court orders to block access to sites even before an order can be issued. This is the first instance of such a case taking place. The latest order was issued last month after a complaint from the major record labels against the torrent sites for piracy. It expands the UK blocklist by 21 torrent sites, including limetorrents.com, nowtorrents.com, picktorrent.com, seedpeer.me and torlock.com.

Making it harder for subscribers

For many days now, reports have been flowing around that users are getting an error message whenever they try to access the sites  IPTorrents.com and TorrentDay.com trackers, as well as scene release site Scnsrc.me. PTorrents and Torrentday are significant targets because they are private torrents.  Unlike the normal torrent websites both these private torrent sites require prospective users to obtain either an invite from a current member or buy invite from the site itself in exchange for cash, these private torrent website have over a hundred thousand active users. The following error is displayed if you try to access the site from within England:

A screengrab of messages posted on the Facebook page of IPTorrents

BT has refused to comment on the issue and we are awaiting their official confirmation. IPTorrents though is still accessible via its alternate .ru and .me domains. VPNs and proxy servers are also ways to access the site for BT’s users.