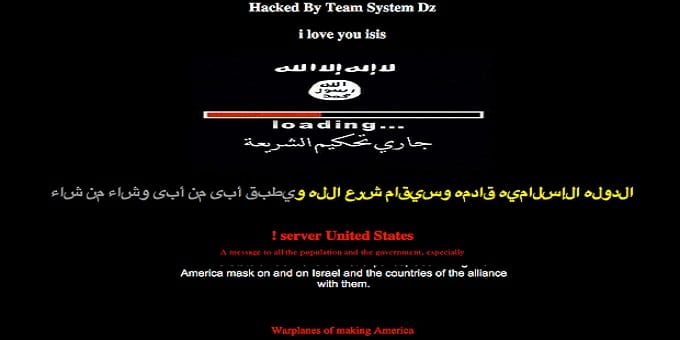 The official website of Keighley Cougars was hacked and left defaced with a message on there Home page reading,

“Hacked by Team System Dz”, “i love you isis”

Apologies, the website has been hacked. The developers are working on it. Will let you know when it's back up and running.

A few hours later they confirmed the website was fixed and was working back to normal.

The website is back up and running normally now.

An investigation has already been setup and law enforcement agencies are working on trace the attackers/hackers.

Who are Team System Dz?

Team System Dz is a Algerian hacker crew, who have been mostly promoting anti- Israeli cyber warfare and now it seems to be promoting, Islamic State for Levant and Syria (ISIS)  through hacking. Keighley Cougars are only one of the several other victims of this hacker crew.

Team System Dz has been defacing random websites and leaving the same deface page with the same message.  Reports from The Cryptosphere suggests that Team System Dz was able to hack and deface several hundreds of websites within last few weeks

How Keighley Cougars got hacked?

Preliminary investigations reveal that the Keighley Cougars website would have been targeted using a known vulnerability present in the CMS plugins or widgets.  However investigators havent ruled out the possibility of the server hosting the website being hacked by Team System Dz. If that is the case, several websites hosting on the similar IP may be targeted in the near future.

Last month in a another hacking attack Warsaw Stock Exchange was hacked by ISIS cyber criminals though they were not linked to Team System Dz.