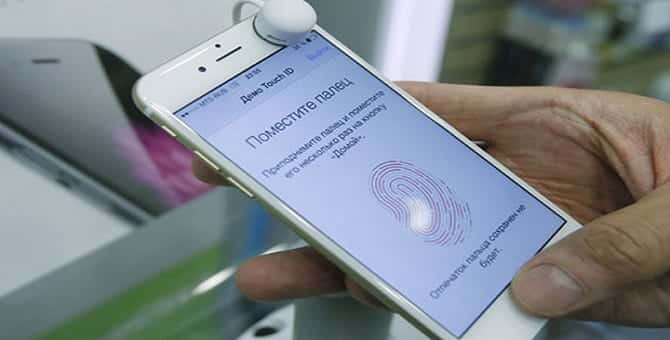 iPhone encryption stops FBI, but not this 7-year-old uses his sleeping Dad’s finger to unlock iPhone 6+

Matthew Green is professor and teaches computer security and cryptography at John Hopkins University.  And Matthew Green owns a iPhone 6 which contains important information which has been encrypted since the update to iOS 8.1, or so he hopes.   Mr.Green is under the impression that his iPhone 6 cannot be decrypted without his knowledge or permission.

However he was proven wrong by his own 7 year old son.  His son, Harrison Green easily unlocked his Matthew’s iPhone 6  without his fathers knowledge.  Apparently according to CNN Money, he sneaked into his sleeping fathers room and pressed his dad’s finger on the cellphone’s Touch ID Home button when Matthew was in the world of dreams.

Thus the iPhone 6 was unlocked without Matthews knowledge and permission.  While this exactly isnt a hack or a vulnerability in iPhone but it points out to serious lacunae in iPhones biometric technology.  If  you consider Mathews teaching background, his iPhone may hold important data relating NSA, Cryptography etc.  “For Green, who teaches cryptography and computer security at Johns Hopkins University, it’s a perfect argument against the notion that iPhone encryption is unbreakable — for thieves or police.” Matthew points out that if this could happen to him, it could happen to anybody.

Matthew Green stated while explaining the unreliability of this system to CNN Money, “This is a really serious problem. In a situation where you’re under arrest, biometrics are not very good.”

Harrisons’ childish urge to unlock his fathers iPhone to play Mine Craft and Angry Birds Transformers, proves that it evidently very very simple to unlock a iPhone under arrest, duress or in case of users death. Green had this to say to FBI “Dear FBI: next time you say ‘think of the children’ I implore you to note how easily mine can bypass Apple encryption using physical attacks.”Matthew tweeted

I woke this morning to find my 7 y/o levering my finger onto the TouchID sensor of my phone. Maybe time to go back to passwords.

Considering the above fact, it proves that the encryption being delivered to your smartphones by Apple  falls flat on its face due to the basic flaw in its biometric technology.   In the case where the users fingerprint is obtained through under sleep, through torture, by killing the user, by maiming the user to cut his/her finger, the iPhone can be easily decrypted and the data on the phone can be accessed.

Ordinary thieves can do it, so can cyber criminals and the authorities including the FBI, CBI and NSA. And that too without any warrant using third degree.  Yesterday’s CIA’s report on torture, where extreme inhumane techniques were used to make the detainees talk, only adds to the evident weakness in the way Apple’s technology.

Matthew Green has only this piece of advice to iPhone users, “Time to go back to passwords”