The popular hacktivist group Anonymous, which have had a long standing war on government censorship, internet privacy, and for right to speech and freedom of expression have announced yet another operation only this time the targets are ‘paedosadist industry.’ While making announcement for the reactivating the campaign called #OpDeathEaters, Anonymous has sought help from activists all over the world to annihilate the scourge of internet, the paedophiles and their likes, by bringing the international paedophile network out in the open. 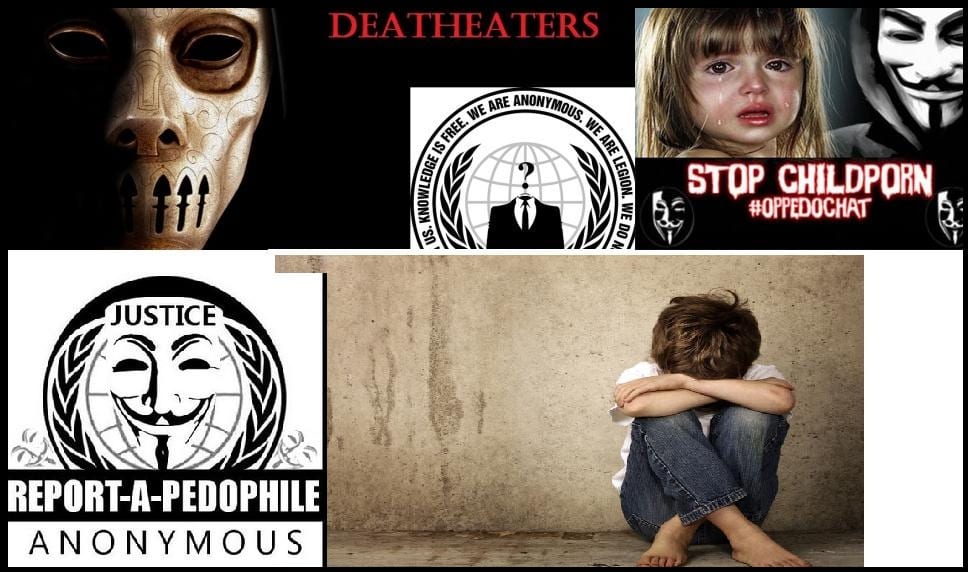 Under the #OpDeathEaters, Anonymous says it is planning on collating evidence against international paedophile rings and their severe abuse of children and find the links between different operations, and to bring them out in the open so that authorities can take strict action against them.

Anonymous has issued a video instructing activists on how they can aid in the operation, which has appeared at a time of serious allegations of historic child sexual abuse levied against prominent UK figures, including claims that a VIP Westminster paedophile ring existed in the past.

The renewed call for OpDeathEaters comes after recent allegations that have led to the Met police’s investigation into three alleged murder cases of young boys dating back to the 1970s and 1980s.  The case has been linked a elite invitation only, VIP Westminster paedophile ring allegedly involving high profile establishment figures.  “The Westminster paedophile ring is one of many cases where Operation DeathEaters has actively pursued and sought truth, in order to end the hideous crimes concealed behind the British elite,” Anonymous alleges in a statement.

“In fear of these investigations being bungled over time, the operation’s objectives are clear and simple: source public information before it disappears, push for independent enquiry, and offer support to witnesses and the victims where needed.”

The group had managed to bring several paedophiles out in the open in past and their hactivism led to the probe into alleged Westminster paedophile ring with cases being filed against the likes of  Jimmy Savile, Cyril Smith, Elm Guest House and the work of the now-defunct Paedophile International Exchange.

It has outlined its first step in the operation as gathering “meticulously researched and clearly documented examples of high level complicity in the industry, obstruction of justice and cover ups to show the need for independent inquiries”.

As a part of its operation, the Anonymous has already released a list of websites which it claims support the paedosadist industry on Pastebin.  The Paste contains all the websites of Anonymous activists who are preparing a master database on the networks of paedophiles.