Pebble Technology had announced on 24th February about its next-generation smartwatch, featuring a thinner design, a color e-paper-like display, and a revamped OS.  Now the company may have knowingly leaked image of  Chromeo smartwatch before the start of MWC 2015, however the leaked smartwatch image points towards a radical change from its existing lineup.

The new watch is going to be thinner than the current generation of Pebble smartwatch. And while the new device will have a color display and a slimmer hardware profile, it’s said to have battery life that compares to the first generation Pebble. 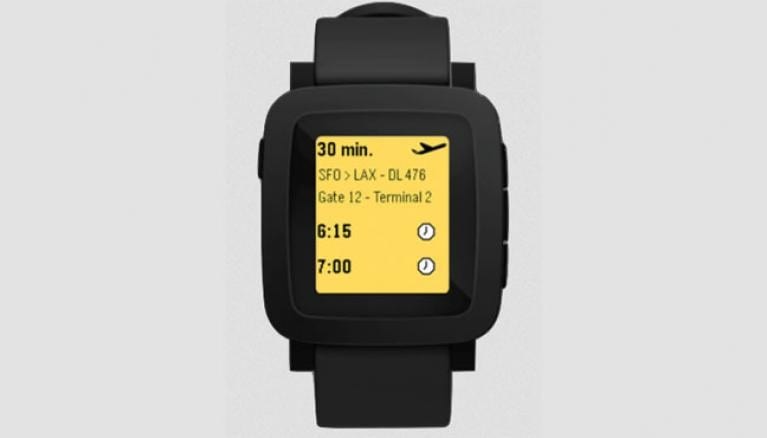 You cannot say what is inside until you buy it, but 9to5Mac claims that the design has a new processor and a 6-axis gyroscope for motion detection.

The device’s OS has been completely redesigned by the team behind WebOS, featuring a timeline view that shows a list of recent notifications, while the user interface will be added with a many new animations and appearance tweaks. There is one more day left for its sell to begin, after which all hidden mystery will be disclosed.

From the looks of it Pebble Chromeo, if that is indeed its name, looks a basic smartwatch with colour added just to keep up with Apple Watch. It looks a tad square than the current range and is wider.

As said above, Pebble Chromeo is stated to last for 7 days just like the first version of Pebble smartwatch. It is also supposed to feature a microphone enabling voice control.

The current Pebble smartwatch retails for $99, while the steel model sets you back by $199. Chromeo is hoped to be in that range.